Japan`s wrestling pin-up Sosuke Takatani feared he could go bald after a rival poured a kettle of hot water over his head at the world championships in Tashkent, local media reported on Friday. 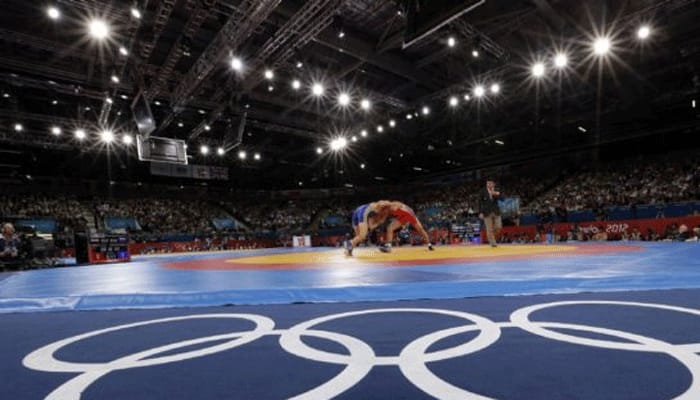 Tokyo: Japan`s wrestling pin-up Sosuke Takatani feared he could go bald after a rival poured a kettle of hot water over his head at the world championships in Tashkent, local media reported on Friday.

Japanese officials are set to lodge a formal protest to the sport`s governing body, United World Wrestling, following an astonishing alleged attack by Murad Gaidarov of Belarus, who reached boiling point after being knocked out of the tournament by the eventual 74 kilo silver medallist.

Takatani had been warming up for his semi-final when Gaidarov walked up behind him and emptied a pot of hot water over him, reports said.

The Japanese exploded with anger but officials jumped in quickly to stop the wrestlers coming to blows.

"It happened so suddenly," Takatani told Japan`s Sports Nippon newspaper. "The doctor told me I could go bald and iced my head for me," added the 25-year-old, the poster boy for Japanese wrestling in a sport dominated by bear-like competitors with muscles bulging out of their leotards.

"Luckily my hair was saved as I hadn`t had time to get it cut so it had got quite long."

A spokesman for the Japan Amateur Wrestling Federation told AFP that notice of the federation`s official complaint had been posted on its website, which subsequently crashed.

While it may lack the notoriety of the attack on American figure skater Nancy Kerrigan carried out by rival Tonya Harding`s ex-husband and her so-called minder in 1994 in a bid to sabotage her US Olympics team spot, Gaidarov could still find himself in hot water.

Gaidarov, a former Olympic bronze medallist, has previous form in international competition, duking it out with Russia`s triple Olympic champion Buvaisar Saitiev after they left the mat at the 2004 Athens Games.