My burning desire is to win at Rio Olympics: Jitu Rai

He is modesty personified but Jitu Rai, now the benchmark of excellence in Indian shooting, doesn't shy away from expressing his "burning desire" to hit the bull's eye at next year's Rio Olympics, saying the Arjuna Award will act as additional morale-booster. 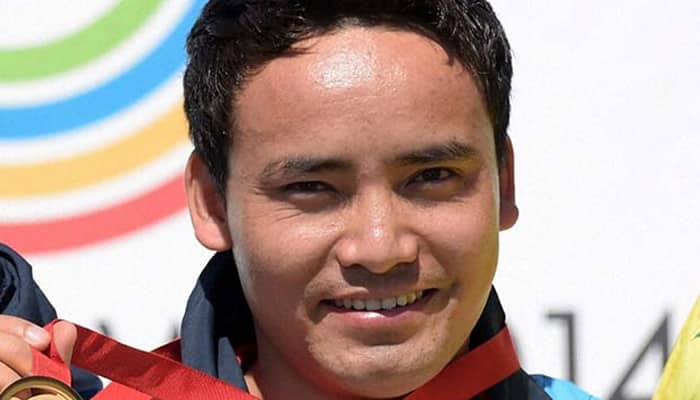 New Delhi: He is modesty personified but Jitu Rai, now the benchmark of excellence in Indian shooting, doesn't shy away from expressing his "burning desire" to hit the bull's eye at next year's Rio Olympics, saying the Arjuna Award will act as additional morale-booster.

The 27-year-old Lucknow-based 'Pistol King' of Nepali origin is set to be rewarded with the Arjuna for his achievements over the past one year.

He has won a staggering seven international medals during that period, an Indian record by some distance and something others would struggle to emulate.

"It naturally feels great to be rewarded for your achievements. I didn't know what was in store. But this is one one honour that makes me feel delighted," Jitu told PTI.

Asked about his Olympic aspirations and preparations, Jitu said his build-up is on in full swing.

Expectations may have soared after his incredible feats at ranges across the world but the Asian Games gold and World Championships silver-medallist says he is never under any sort of pressure.

"I have a desire, a burning desire within me to do well at the Olympics but it ends there only. I don't think at all about other things, pressure, expectations and all.

"Because as far as I am concerned, my belief is that the moment I start thinking about how I will do there, that I am entering the Games after winning these many medals, I will bring unnecessary pressure on myself.

"I enter a tournament thinking in my mind that I have not won anything, done nothing. And the approach will be same for Olympics too, if I am there next year."

The Indian pistol and rifle teams will be competing in the ISSF World Cup in Munich in the first week of September but Jitu said he will personally receive the award from the President on August 29.

"I will of course," he replied when asked if he would be present on the day, dramatically adding, "Even if I am not able to walk with my feet, I will crawl with my hands to receive this honour."

Though he has already earned an Olympic quota for the country, Jitu is not ready to take things easy in the forthcoming tournaments, including the Asian Shooting Championships.

Jitu won medals during a dream phase that started in June last year, the most recent being the bronze in 10-metre air pistol event at the ISSF World Cup in South Korea in April.

Recruited in the 11th battalion of the Gorkha regiment, Rai clinched gold medals at the 2014 Commonwealth and Asian Games and a silver at the ISSF World Championships in Spain, which helped him earn a quota place for Rio Olympic Games.