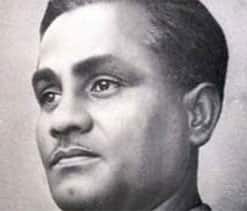 New Delhi: Late Major Dhyan Chand was robbed of the honour to become the first sportsperson to get the Bharat Ratna because the Prime Minister`s Office had stopped following up on the hockey wizard`s recommendation from the sports ministry.

Thanks to a Right to Information query filed by Subhash Agrawal of Lucknow, it is revealed that the PMO had ignored the hockey legend`s case to confer the highest civilian award to cricket maestro Sachin Tendulkar.

According to information available with Zee Media, the late Dhyan Chand – despite being one of the overwhelming favourites to win the Bharat Ratna in 2013, was overlooked to accommodate Sachin Tendulkar. The revelation further give evidence on the manner in which the legendary hockey player`s case was snubbed by the ministry.

The Olympian`s recommendation from the sports ministry was by accepted by July 2013 and the deck to confer the highest civilian award to the former Olympian was cleared by August. However, by November – with Tendulkar`s retirement, Dhyand Chand`s case was put on the backburner as the Prime Minister himself recommended the Little Master`s name for the award.

Sachin Tendulkar and eminent scientist CNR Rao were conferred with the Bharat Ratna by President Pranab Mukherjee on February 4, 2014. After a career spanning 24 years of glorious international cricket, Sachin retired on November 16, 2013.

In the sports ministry`s recommendation letter for Dhyan Chand, he is described as “the most deserving sportsperson for being conferred with Bharat Ratna posthumously, as he fulfils the criteria of exceptional service/performance of highest order in the field of sports which made the country proud. It was for his amazing performance that he was nicknamed `hockey wizard`.”