Positive test could spell the end for Lee Chong Wei

Lee Chong Wei has dominated the world rankings without ever capturing one of badminton`s biggest prizes and now the Malaysian`s hopes of a last shot at glory appear likely to have ended in an Oslo laboratory. 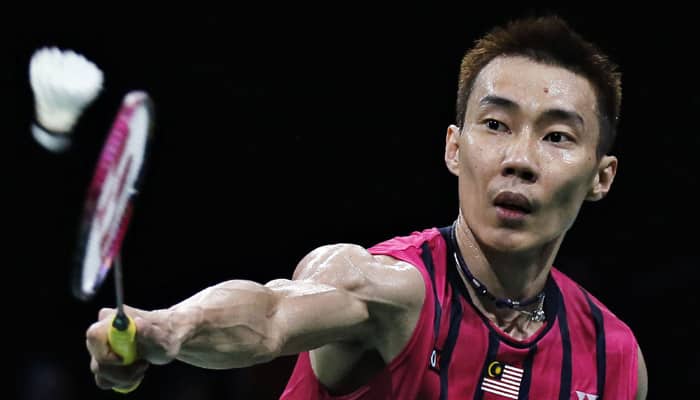 Singapore: Lee Chong Wei has dominated the world rankings without ever capturing one of badminton`s biggest prizes and now the Malaysian`s hopes of a last shot at glory appear likely to have ended in an Oslo laboratory.

The 32-year-old Lee has spent almost 300 weeks ranked number one in the world but after losing the last two Olympic and three world championship finals he will no longer have a chance to cap his stellar career with a "dream" Rio gold in 2016.

Lee`s 55 global titles have made him Malaysia`s leading sportsman but his legacy of a perfect role model and father will now surely be tarnished after traces of the banned anti-inflammatory drug dexamethasone were discovered in his system during the August world championships in Denmark.

After a follow-up test in Norway this week, witnessed by the player and Malaysian badminton officials, confirmed the positive test, the likely two-year ban represents a sad way for Lee to end his affiliation with a sport he did so much to promote.

Although Malaysian authorities may discover that the drug was taken inadvertently as part of medical treatment, Lee, who received stem cell injections in July for a thigh injury, will still be expected to serve the full two-year term.

Born in the small town of Bagan Serai in northern Peninsula Malaysia, Lee`s first love was basketball but his family pushed him to take up badminton and his supreme footwork and defensive skills had earned a call up to the national squad at 17.

He won his first major title in 2003 on home soil and as he added more deceptive shots to his repertoire, the tournament wins continued to flow and he claimed the number one ranking for the first time in 2006.

Often reluctant to take risks, Lee`s retrieving ability, incredible reflexes and agility made him almost impossible to beat for most players but he lacked a killer punch against the very best, particularly arch rival and nemesis Lin Dan.

While the pair would claim a similar number of victories at national opens around the globe over the next eight years, China`s Lin, who is a year younger than Lee, could always find that little extra when they met on the grandest of stages.

They first crossed swords in an Olympic final in Beijing six years ago with Lin storming away in the second game to claim a victory he would repeat in London in 2012, although Lee let slip an 18-16 lead in the decider of a classic encounter.

Lee was also foiled by the same opponent over three tight sets in the 2011 and 2013 world championship finals and when the Malaysian reached a third title showdown earlier this year in Lin`s absence, Chinese second seed Chen Long emerged victorious.

Nearing the end of their glittering careers, both Lee and Lin put off retirement to target one last Olympics with the Malaysian hoping to end on the high of a first gold with Lin targeting an unprecedented third straight title.

Sadly, the prospect of witnessing the rivals battling it out like a pair of aging prize-fighters for one final grudge match is no longer a possibility after Lee`s positive test.

His previous achievements will guarantee the Malaysian a prestigious place in badminton`s history books but the cause of his premature retirement will always be indicated by an unwelcome asterisk.