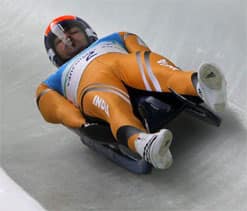 Manali: Four Indian skiers, who have qualified for the Winter Games, will represent the country as independent athletes at the Black Sea resort of Sochi in Russia, Feb 7-23.

Winter Games Federation of India (WGFI) secretary general Roshan Thakur Tuesday said the skiers -- Himanshu Thakur, Hira Lal and Shiva Keshavan, all from this Himachal Pradesh town, and Nadeem Iqbal from Gulmarg in Jammu and Kashmir -- have qualified for the Olympics.

"They will not represent the country under the Indian flag, but they are participating as independent athletes under the Olympic flag," Thakur told a leading agency.

The International Olympic Committee (IOC) suspended India in December 2012 over the election process of the Indian Olympic Association (IOA).

"They all have qualified for the Olympics by scoring the required Federation de International of Skiing (FIS) points in international races in the past three-four years. Now when they are heading to participate, they can`t represent the country. It`s sad," said Thakur.

The IOC has asked the IOA to conduct fresh elections at the earliest so that the athletes could take part in the Winter Games under the tri-colour. But the IOA elections will be held Feb 9, two days after the Sochi Games begin.

"Why can`t the IOA elections be conducted before the commencement of Winter Olympics," Thakur asked.

Sports Minister Jitendra Singh had also asked IOA to host the elections by the last week of January or first week of February so that Indian athletes can compete under the national flag in the Winter Games.

Luger Keshavan, who is participating in his fifth Winter Olympics, is a strong medal hope. He had a continental record at the Asia Cup in Nagano in Japan in December 2012.

While Himanshu and Hira Lal are participating in the alpine skiing category, Iqbal is in cross-country competition.