India's top-ranked player Dipika Pallikal is conspicuous by her absence at the ongoing National Squash Championship but she remains firm on her stance of not being part of the premier domestic event until equal prize money is offered to male and female participants. 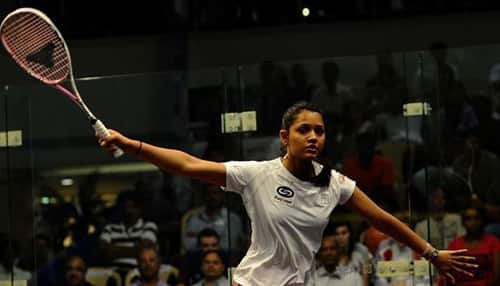 New Delhi: India's top-ranked player Dipika Pallikal is conspicuous by her absence at the ongoing National Squash Championship but she remains firm on her stance of not being part of the premier domestic event until equal prize money is offered to male and female participants.

Pallikal, who has Kerala roots, wanted to compete in the first ever Nationals in the state but with the prize purse being bigger for men, she decided to give the tournament a miss for the fourth year in a row. The 23-year-old last played the Nationals in 2011, when she won her first and only title till date.

"The reason is the same why I haven't played in the last three years. I feel we deserve equal pay like most of the tournaments which are becoming equal prize money on the PSA professional circuit," Pallikal, the sole Indian to break into World's top-10, told PTI today.

"I don't see why there should be a difference between men and women. I would have loved to play in Kerala and definitely miss playing the Nationals," said the player, who is currently ranked 18 in the world.

Anish Mathew, secretary of Squash Rackets Federation of Kerala, said the total prize money of the tournament is Rs 6.7 lakh but winners' purse in either category has not been decided yet. However, it has been learnt that men's champion will pocket Rs 1,20,000 and women Rs 50,000.

While Pallikal is not around, other top players Saurav Ghosal, Harinder Pal Sandhu and Joshana Chinappa are vying for top honours in their respective categories.

Pallikal is the sole big name missing but Mathew says her presence would have been a big boost to the tournament's popularity.

"It is disappointing for us that she is not here. She is based in Chennai but has roots here. Everyone has been asking about her. It would have been great to have her playing. Having said that, we respect her decision," said Mathew.

With the merger of men's and women's professional body, PSA and WSA respectively, there has been an apparent push to offer equal prize money. Though the money difference remains, PSA World Series tournaments have started to offer equal money.

"If women have started getting equal prize money at professional tournaments around the word, why can't the same happen in India?" Pallikal questioned as she signed off.