Rio 2016 Olympics, Day 6: Shuttlers start off campaign with a bang; archers crash out of mega event

Saina Nehwal, PV Sindhu, Kidambi Srikanth all got off to winning starts on Day 6 of Rio Olympics 2016. 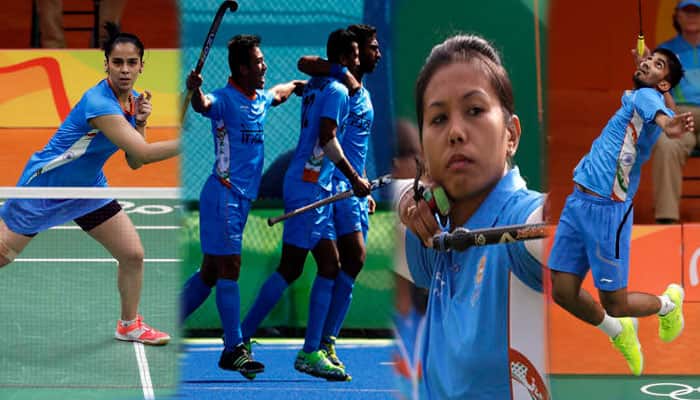 Rio De Janeiro: India's wait for the first medal continued at the biggest sporting extravaganza continued after another disappointing show at the Rio Olympics 2016 on Day 6.

Sania Mirza and Rohan Bopanna were also off to a winning start after they won their opening round match 7-5 6-4 in 73 minutes.

In Boxing, Shiva Thapa saw his campaign come to an end after he lost his Bantam weight (56kg) category bout to Cuba`s Robeisy Ramirez.

In Golf, Anirban Lahiri ends the day at +3 over par and SSP Chawrasia ended at even par.

The poor run of India's women's hockey team continued as they were thrashed 3-0 by USA.

In a positive news, men's hockey team advanced to the knockout stages of Rio Olympics despite a 1-2 defeat against Netherlands.

PR Sreejesh and his men played a superb match against the Dutch.