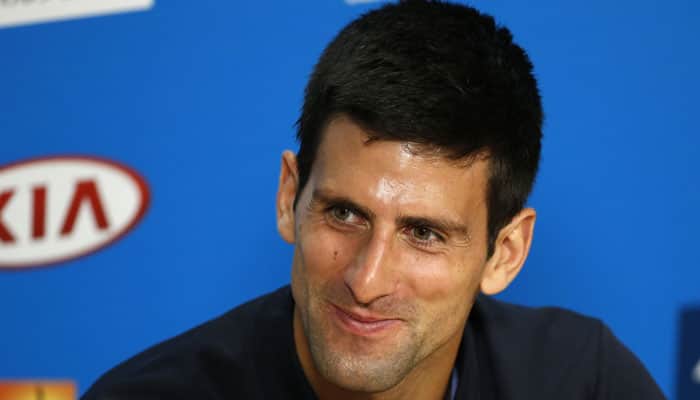 World number one Novak Djokovic kicked started his bid for a fourth Indian Wells title by beating Marcos Baghdatis 6-1, 6-3 in the second round of the WTA and ATP tournament.

Djokovic needed just 59 minutes to oust the former Australian Open finalist Baghdatis who at one time was considered one of the most dangerous players on the ATP Tour.

He came into the tournament as the top seed and reigning Australian Open winner, his eighth career major.

"From the beginning it went well for me," Djokovic said. "A solid performance from the baseline.

"I thought that I served well and didn`t give Marcos many chances to come back in the match."

Djokovic advanced to the third round where he will square off against Albert Ramos-Vinolas of Spain.

Djokovic is gunning for the 50th singles title of his career which would make him the 12th player in the Open Era to reach that milestone.

Djokovic won the first set in just 26 minutes, winning three straight games to close it out.

Baghdatis won the first game of the second set but he couldn`t handle Djokovic`s precision serving and superior groundstrokes.

The 29-year-old Baghdatis, known for having played one of the greatest matches ever at the US Open against Andre Agassi in 2006, was done in by his sub-par serving, winning just four points on his second serve.

The US Open runner-up broke Harrison five times to reach the third round.

"There were so many ups and downs in the first set. I broke him many times and that was the key for today`s match," Nishikori said.

The 25-year-old Nishikori, who is ranked fifth in the world, advanced to the third round, where he will play Fernando Verdasco of Spain.

Nishikori came into Indian Wells having won last month in Memphis after reaching the quarter-finals at the Australian Open.

He also reached the finals in Acapulco and has made it to the quarters in all four of his tournaments this year.

Nishikori beat Harrison in three sets 3-6, 6-3, 6-4 in Memphis in their only other career meeting last month. Saturday`s contest was equally entertaining.

Nishikori secured a break to open the second set and then clinched the victory on his second match point when Harrison hit a shot long.

"Luckily I got the first break, so it was easier mentally to hit a lot of good shots," said Nishikori, who was ranked as high as fourth in the world earlier this month.Fourth seed Andy Murray needed just 80 minutes to dispatch Canada`s Vasek Pospisil 6-1, 6-3.

The Scot broke Pospisil five times to claim his 13th win of the season.

The fourth seeded Scot had lost twice previously in his opening Indian Wells match in 2011 and 2012, but had little trouble taking care of Pospisil.

Cilic, who is ranked 10th in the world, has been sidelined with a right shoulder injury.

On the women`s side, Flavia Pennetta opened the defence of her WTA title by beating American Madison Brengle 6-4, 6-2.