Sushil Kumar opts out of World Championships with shoulder injury

Two-time Olympic-medallist Sushil Kumar has opted out of the World Championships after sustaining a shoulder injury, thereby taking the sheen out of the upcoming selection trials, slated for July 6-7 here. 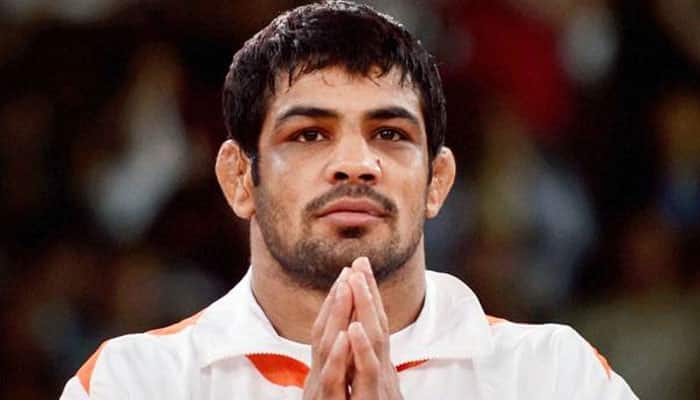 New Delhi: Two-time Olympic-medallist Sushil Kumar has opted out of the World Championships after sustaining a shoulder injury, thereby taking the sheen out of the upcoming selection trials, slated for July 6-7 here.

The World championships, scheduled to be held in Las Vegas from September 7-12, will also be the first qualification tournament for the 2016 Rio Olympics.

"Yes, I have sustained an injury to my right shoulder while practising. So I would not be able to take part in the upcoming selection trials. So, automatically that rules me out of the first qualifying event for next year's Rio Olympic Games," Sushil told PTI.

"I have been advised by the doctors to take rest. At the moment, I don't know exactly how long my injury will take to heal completely, but I am taking good care," he added.

Sushil's injury has ended what could have been a enthralling battle between the veteran wrestler and the young Narsingh Pancham Yadav in the selection trials slated for July 6-7 for a place in the World Championships.

After the World Championships, there are six more qualification tournaments, all of which are scheduled to be held next year, starting from March 2016.

The 32-year-old grappler said that it would not be wise to aggravate the injury as there are a number of qualifying events before the Olympics.

"I am not keen to take a chance, even though the injury is not so serious. It is not good to take part in a competition half fit. I will be competing in the qualifying events next year before the Rio Olympics and I have been working hard for it," insisted the wrestler from Haryana.

Sushil, who had created history in 2010 by becoming the first Indian to win a gold at the World Championships in Moscow, had been preparing hard for the first qualifying event for the Olympics.

Sushil is the lone Indian to have won two individual medals in the Olympics. He had bagged a bronze in 2008 Beijing Olympics and then followed it up with a silver medal finish at London Games in 2012 in the 66kg Freestyle. But he was forced to move up to 74kg division after the world body, FILA re-jigged the weight categories.

Since climbing up the weight category, Sushil has competed only twice but on both occasions, he made the nine-kilogram addition look like a cake-walk.

After a successful campaign in London Olympics, he took a long sabbatical. Having made a comeback in May last year, he competed in his new category at the Senior International wrestling tournament in Italy and finished with a silver medal.

He bettered his performance in the next tournament at Glasgow Commonwealth Games in July 2014, winning the yellow metal.

But he chose not to participate in any other competition after that and instead started preparing for the 2015 World Championships.

His absence from the mat for almost a year now has seen Narsingh regularly represent India in 74kg Freestyle.

In the last one year, Narsingh has won quite a few medals for the country in various competitions and has been rated highly by all coaches.