Laptops, mobile phones, SIM cards and pen-drives have been seized by the central anti-terror probe agency. 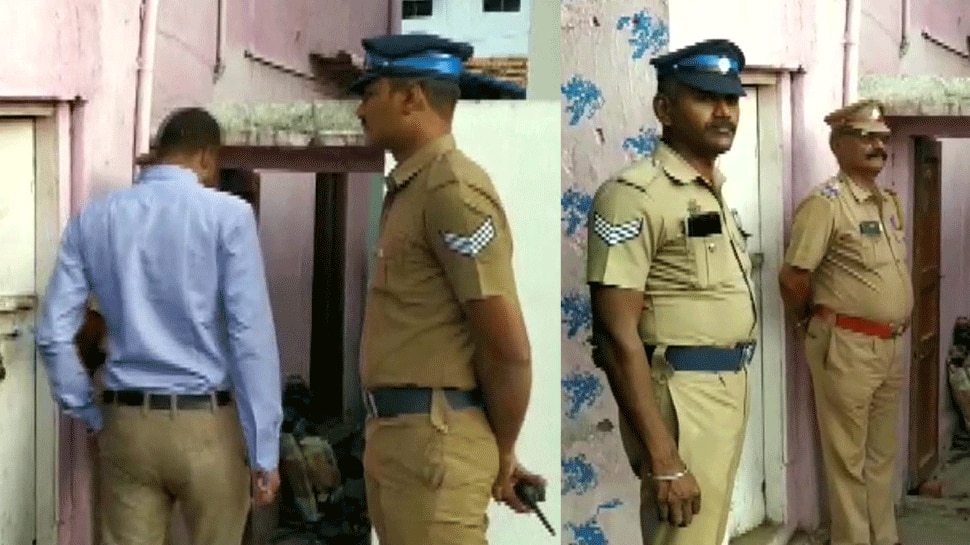 CHENNAI: The National Investigation Agency (NIA) on Thursday conducted raids at five locations in Tamil Nadu's Coimbatore district as part of its ongoing investigation into the alleged Islamic State module in the state and the Easter bombings in Sri Lanka.

According to reports, laptops, mobile phones, SIM cards and pen-drives were seized by the central anti-terror probe agency.

The joint raids by NIA and the Tamil Nadu Police began since Thursday morning.

The raids were also conduted at the residence of Mohammed Azarudeen, who was the Facebook friend of Sri Lankan suicide bomber Zahran Hashim,

Though no arrests were made, the suspects are likely to be called for questioning on Friday.

The NIA had in June had arrested Azarudeen, the alleged mastermind of ISIS Tamil Nadu module. Azarudeen was arrested by the agency after it carried out searches at seven locations in Coimbatore.

In July, the agency had busted a gang which allegedly conspired, collected funds and made preparations to carry out terrorist attacks in India with the intention of establishing Islamic rule in the country.

The premier anti-terror agency also conducted raids at several locations in Nagappattinam district in connection with the case.

The action was taken following credible information that a few individuals, while being within and beyond India, had conspired and conducted consequent preparations to wage war against the government of India by forming the "terrorist gang Ansarulla," the NIA had said in a release.

The accused were charged under various sections of the Indian Penal Code, including criminal conspiracy, waging or attempting to wage war against India, and terror charges under the Unlawful Activities Prevcention Act.

The agency also carried out searches in Chennai at the house and office of Syed Mohammed Bukhari and the homes of Hassan Ali and Harish Mohammed in Nagapattinam district.