A fierce contest is on the cards for the December 21 RK Nagar bypoll with 59 candidates, including those of ruling AIADMK, DMK and BJP besides sidelined leader TTV Dhinakaran, left in the fray at the close of withdrawal of nominations on Thursday. 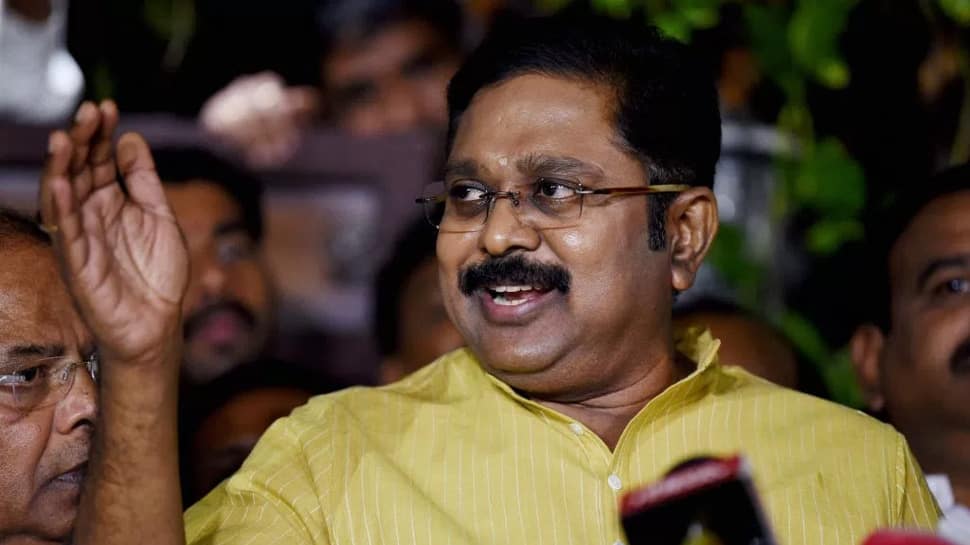 CHENNAI: A fierce contest is on the cards for the December 21 RK Nagar bypoll with 59 candidates, including those of ruling AIADMK, DMK and BJP besides sidelined leader TTV Dhinakaran, left in the fray at the close of withdrawal of nominations on Thursday.

According to the final list posted on the website of the Tamil Nadu Chief Electoral Officer, a total of 72 nominations were accepted and out of it, 13 nominees withdrew, leaving 59 candidates, including a woman, in the contest.

The seat has fallen vacant due to the death of sitting member and then chief minister Jayalalithaa on December 5 last year.

Out of the total 145 nomination papers received, as many as 73, including those of Jayalalithaa's niece Deepa Jayakumar and actor Vishal Krishna's, had been rejected.

The first election to be held after the demise of the late AIADMK supremo, the bypoll is seen as a litmus test for the ruling party which is facing a barrage of opposition accusations including alleged corruption.

The key contestants in the bypoll are ruling party's E Madusudanan, an old party warhorse and a former Minister, and DMK's up and coming leader N Marudhu Ganesh.

Rival AIADMK leader TTV Dhinakaran, touted as a formidable leader and having the following of party cadres by his camp, is fighting the bypoll as an independent.

BJP's Karu Nagarajan, a state-level functionary known for taking up the cudgels on behalf of his party in TV debates, is also seeking to test his fortunes.

On the symbol for Dhinakaran, who has sought 'hat', Returning Officer K Velusamy told PTI that "free symbol is being allowed."

Dhinakaran had unsuccessfully moved the Delhi High Court seeking allotment of the 'hat' symbol, which was given to him in the rescinded April 12 bypoll to the constituency as the then candidate of V K Sasikala led faction.

Freezing the AIADMK's "two leaves" symbol after then rebel leader and now deputy chief minister O Panneerselvam staked claim to it, the Election Commission had then alloted free symbols to the two groups.

However, after the merger of factions led by chief minister K Palaniswami, which dumped Sasikala-Dhinakaran later, and Panneerselvam in August this year, the Election Commission alloted the 'two leaves' to them.

Counting of votes will be held on 24 December and the result is expected in a matter of few hours on that day.