Tanzilya Bisembeyeva, believed to be world's oldest person at 123 years, dies in Russia

Tanzilya Bisembeyev was buried in the family cemetery in Astrakhan, Russia. 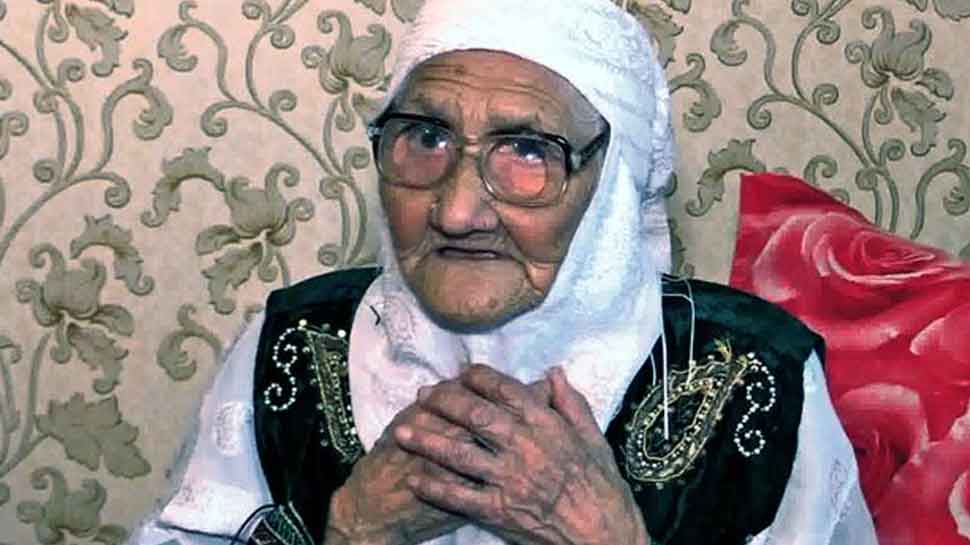 MOSCOW: Tanzilya Bisembeyeva, a Russia woman who was believed to be the world's oldest person, died at the age of 123 in southern Russia.

According to Daily Mail, Bisembeyeva was buried in the family cemetery in Astrakhan, Russia.

''She died peacefully, she was buried in the family cemetery,'' Nurgali Baitemirov, the senior official in her district in Astrakhan region, was quoted as saying by Russian government newspaper Rossiyskaya Gazeta.

''The whole village came to see her depart on her last journey,'' it added.

Tanzilya was reportedly born in the late-19th century, on March 14, 1896, two months before the coronation of tragic last Tsar Nicholas II.

On the question of Bisembeyeva's longevity, her family attributed it to the fact that she 'never sat still' and 'always' worked and had a habit of drinking fermented milk.

Locals said that she was more than 100 before she went to see a doctor.

Back in 2016, according to the Russian Book of World Records, Tanzilya Bisembeyeva was officially recognised as the world’s oldest living person at the age of 120.

In 2017, Nanu Shaova, who claimed to be 127, from Kabardino-Balkaria, in the North Caucasus, beat her alleged record, becoming Russia’s alleged oldest living person.

California wildfires: US largest utility to shut off power to 9.4 lakh customers