Two people were killed in Myanmar's second city Mandalay on Saturday (February 20) when police and soldiers fired at protesters demonstrating against the overthrow of the elected government of Aung San Suu Kyi. Facebook deleted the main page of the Myanmar military under its standards prohibiting the incitement of violence. 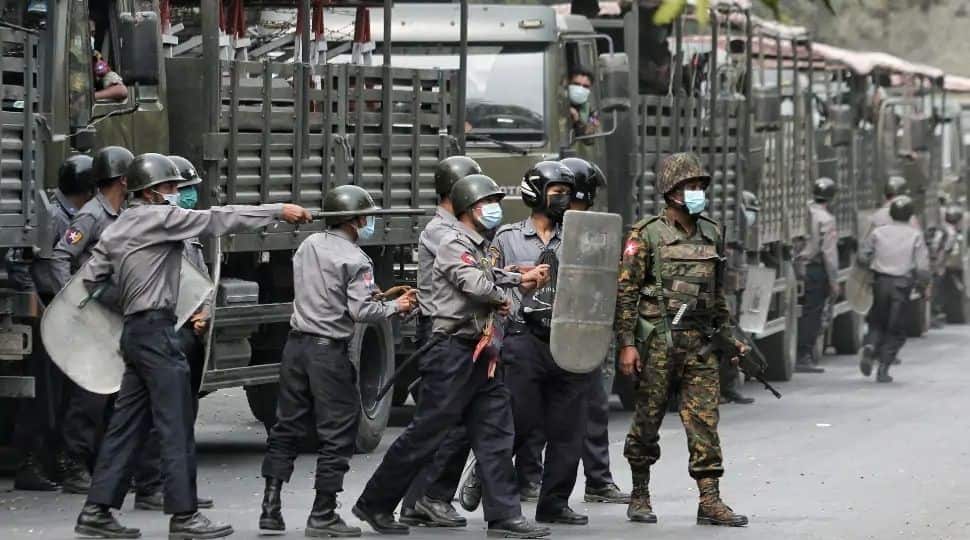 Facebook on Sunday (February 21) deleted the main page of the Myanmar military under its standards prohibiting the incitement of violence, the company said, a day after two protesters were killed when police opened fire at a demonstration against the Feb 1 coup.

"In line with our global policies, we’ve removed the Tatmadaw True News Information Team Page from Facebook for repeated violations of our Community Standards prohibiting incitement of violence and coordinating harm," a Facebook representative said in a statement.

The Myanmar military is known as the Tatmadaw. Its True News page was no available on Sunday (February 21).

The military spokesman did not respond to a Reuters phone call seeking comment.

Two people were killed in Myanmar`s second city Mandalay on Saturday when police and soldiers fired at protesters demonstrating against the overthrow of the elected government of Aung San Suu Kyi, emergency workers said, the bloodiest day in more than two weeks of demonstrations.

Facebook in recent years has engaged with civil rights activists and democratic political parties in Myanmar and pushed back against the military after coming under heavy international criticism for failing to contain online hate campaigns.

In 2018, it banned army chief Min Aung Hlaing - now the military ruler - and 19 other senior officers and organisations, and took down hundreds of pages and accounts run by military members for coordinated inauthentic behaviour.

Ahead of the November elections, Facebook announced it had taken down a network of 70 fake accounts and pages operated by members of the military that had posted either positive content about the army or criticism of Suu Kyi and her party.

Nokia 3.4 launched in India at Rs 11,999; Check specifications and features