Abolishing the iPhone and Android labels for Twitter will also stop users from demeaning others basis on the devices/smartphones.

In one of the biggest changes coming to Twitter, its new owner Elon Musk is planning to do away with device labels from tweets. At present, if you tweet using iPhone, the bottom of the tweet will have a 'Twitter for iPhone' label and if the user has an Android smartphone, it will show a 'Twitter for Android' label. However, soon, this will come to an end as Musk is planning to democratize all tweets - no difference between iPhones and Android users.

"Part of today will be turning off the “microservices” bloatware. Less than 20% are actually needed for Twitter to work! And we will finally stop adding what device a tweet was written on (waste of screen space & compute) below every tweet. Literally no one even knows why we did that …," said Musk in a chain of tweets.

Abolishing the iPhone and Android labels for Twitter will also stop users from demeaning others. There have been many instances in the past when iPhone users tried to demean Android users on Twitter. The removal of the device label will mark the end of an era. 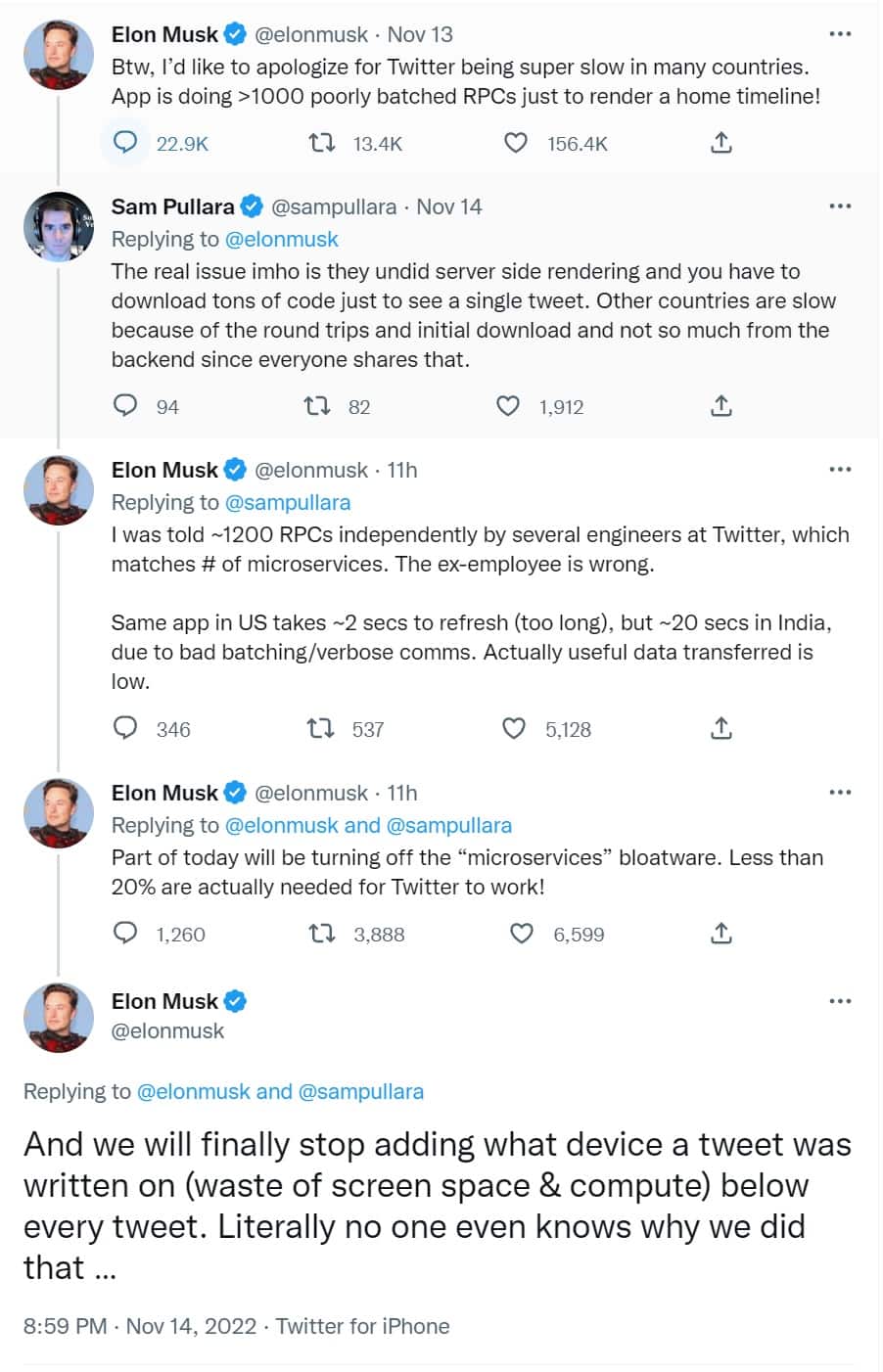 Earlier, Musk had said that Twitter is slow in many countries and especially for Android users. "Btw, I’d like to apologize for Twitter being super slow in many countries. App is doing >1000 poorly batched RPCs just to render a home timeline!....I was told ~1200 RPCs independently by several engineers at Twitter, which matches # of microservices. The ex-employee is wrong. Same app in US takes ~2 secs to refresh (too long), but ~20 secs in India, due to bad batching/verbose comms. Actually useful data transferred is low," Mus Tweeted.

Musk recently also announced that Twitter will soon be rolling out the ability for organizations to identify which other Twitter accounts are actually associated with them. This will help in the identification of fake accounts.