New Delhi: The ability to create polls on a desktop has now been added to WhatsApp; the feature was previously only available on iOS and Android. It is possible to establish a poll within an individual or group chat on WhatsApp for Android and iOS, and you may add up to 12 alternatives after typing your question, according to WhatsApp tracker WABetaInfo.

According to the article, the feature is encrypted end-to-end. Here is the image that WABetaInfo posted. 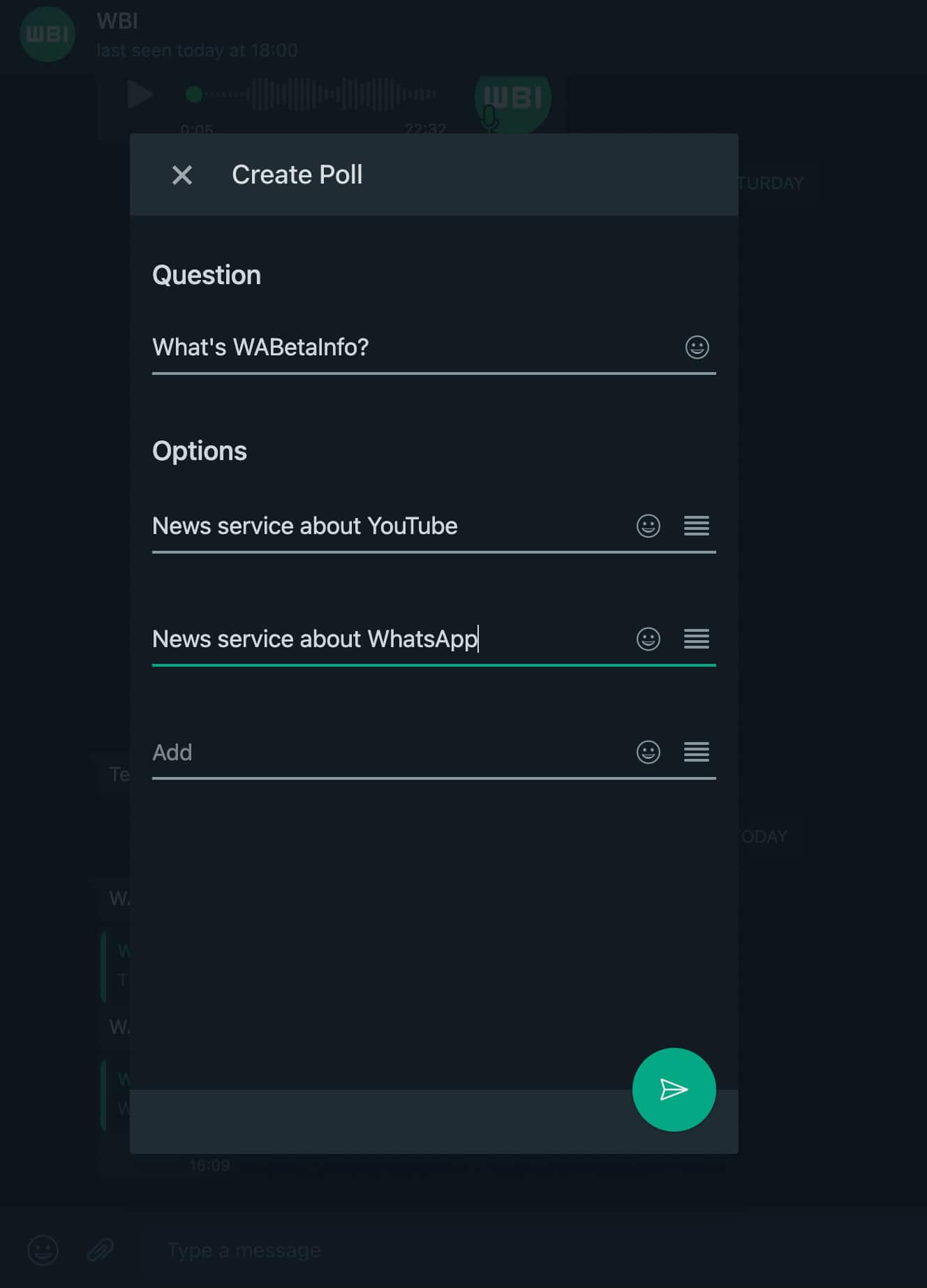 WhatsApp is releasing the ability to create polls to everyone!

After announcing that WhatsApp was enabling the ability to create polls on WhatsApp beta for Windows, WhatsApp is now releasing this feature to everyone on the latest WhatsApp Desktop update!https://t.co/Cp6IE2FMOE  WABetaInfo (WABetaInfo) November 24, 2022

Here's the step-by-step guide to using the feature on the Desktop:

- Fill up the question and option.