Some viral videos on social media are made just to gain attention. And these days, if the video has some emotional appeal, that too on Covid-19, there will be many viewers for its face value. But beware, not all videos tell genuine stories and often project only one-sided version. 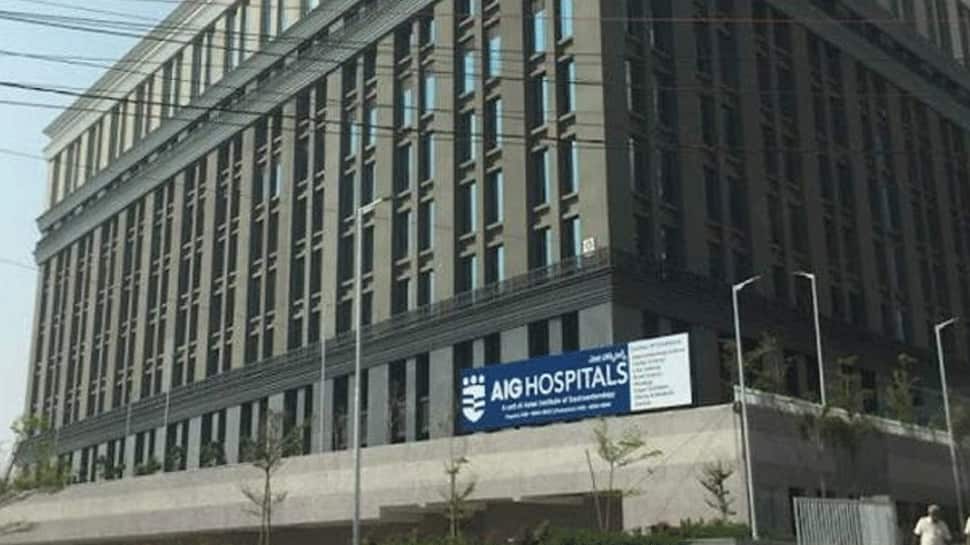 Hyderabad: Some viral videos on social media are made just to gain attention. And these days, if the video has some emotional appeal, that too on Covid-19, there will be many viewers for its face value. But beware, not all videos tell genuine stories and often project only one-sided version.

In one such incident, a lady COVID-19 patient (now discharged) in Hyderabad made an emotional video by crying and complaining about the city-based renowned hospital Asian Institute of Gastroenterology (AIG) which is one of the private hospitals permitted by Government of Telangana for testing and treating Covid-19 patients.

In her video, the lady complained that the hospital has given her “inflated bill'' and charged her for the services and medications which were not provided.

“My father was admitted in Room No: 856 of this hospital as he was tested Covid-19 positive and later I was also tested positive and we both were put in the same room. Both of us were asymptomatic. We were not given any medication, no injection, no oxygen but got bills in lakhs. When I questioned the hospital authorities, we were given discharge forcibly,'' the lady patient said in her video making an emotional pitch and ended up crying.

However, nowhere in her video does she shows the bill which she says is ``inflated''.  Completely taken aback by the lady's video and allegations, A.I.G Hospital issued a statement,``What has been projected through an emotional video message circulating on Social Media is false and completely baseless. The said person’s father (aged 71 years) was admitted in our hospital following a chronic condition previously. On 25th June, he reported in our Emergency Department with complaints of disorientation, frequent urination and loose stools. Subsequently, the patient was advised for admission. Considering the case for hospitalization and as per protocols, given his vulnerable age group, the COVID-19 test was conducted that came positive. The patient voluntarily opted for a Private AC room. Later, as his daughter was a close contact, she too was tested for COVID-19 and was found positive. Being mildly symptomatic, she was advised Home Quarantine but she herself choose to be hospitalized in the same room as of her father.’’

‘’In usual hospitalization process, there are several drugs and consumables that nursing staff indents for the patient as a precautionary measure and the same reflects in the DRAFT bill. As per our hospital stringent audit policy, we review all such items before the final bill is produced. In this case too, the final bill was based only and only on all the drugs, consumables and services that were related to both the patients, amounting to a total of INR 2.06 Lakhs (including everything for a hospital stay of 21 bed days (13 days for the father and 8 days for the daughter). Both the patients are clinically stable and as per guidelines were advised to be discharged. However, with an intention to falsely accuse our hospital she went on to record her video and create an unnecessary sensation,' the statement added.'

The Telangana chapter of the Indian Medical Association (IMA ) too has come strongly against the lady and supported the hospital.

``This kind of vilification is deplorable and demoralizing to say the least. The patient father having several comorbidities, including malignancy, even successfully treated and discharged in the stable condition, was advised home quarantine. The hospital has a dedicated COVID ward, offering services at Govt approved prices. The patient opted to stay in a luxury private room along with his daughter and the bill of 2.06 lakhs is not an exorbitant amount, especially when it is for a cumulative period of 21-days which is very reasonable. This type of vindictive attitude is only to give unwanted publicity and may also indicate a technique not to pay the bill. We request all patients to engage with relevant hospital authorities for redressal of their complaints and if they are not adequately satisfied, we welcome them to reach out to us.''

Meanwhile, the A.I.G., hospital authorities have told Zee Media that they are planning to take legal action against the lady for defaming them.