This year, Salman Khan will be taking a pay cut for hosting the show in order to ensure every crew member gets their due payment. The actor spoke about this while talking to Abhishek Rege, CEO of Endemol Shine India. 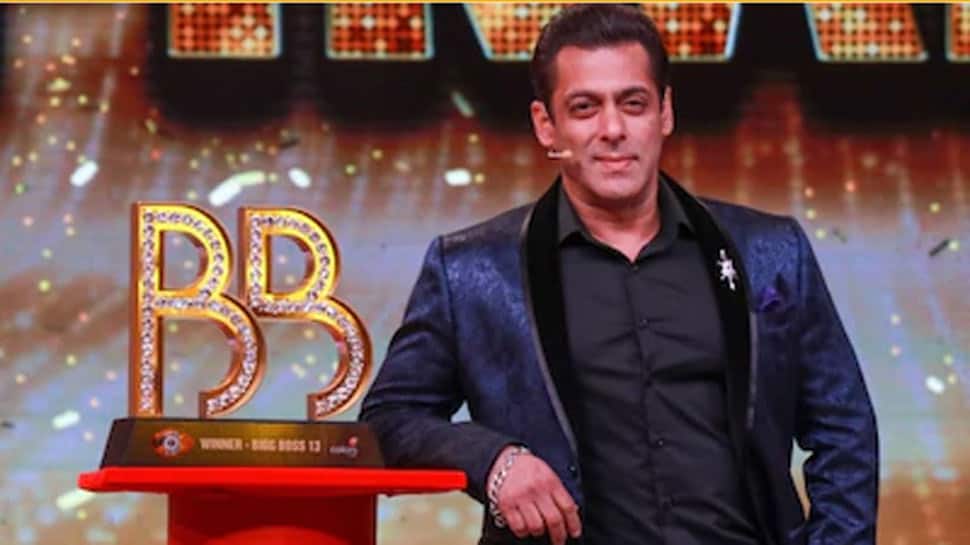 Mumbai: Bollywood superstar Salman Khan returns as host of the reality show Bigg Boss on October 3. On Thursday, Salman announced season 14 at a virtual launch event. At the event, the actor mentioned he has never taken such a long break from work in the last 30 years as he had to during lockdown. He also mentioned he would not mind taking a salary cut this year and introduced the first contestant of the season.

"My biggest frustration is this that last six months I have not worked. I have never taken such a long break in 30 years, which I was forced to take this year. Ever since I did 'Maine Pyar Kiya' and began working, every year I try and take a break from 25th December to 3rd January. But ever since I started doing Bigg Boss over the last 10 to 12 years, I would work a few days even in my holidays but I am happy doing that," Salman said, adding that he spent lockdown in his farmhouse planting rice and flower plants, taking care of his horse and walking in the wilderness.

This year, Salman Khan will be taking a pay cut for hosting the show in order to ensure every crew member gets their due payment. The actor spoke about this while talking to Abhishek Rege, CEO of Endemol Shine India.

To this, Salman responded: "Very good. What about mine? Doesn't matter. I am more than happy to cut it down, so that everyone else gets paid."

On Thursday, apart from launching the new season, the actor also gave a virtual tour of the Bigg Boss house for the 14th season, which has an in-house spa, restaurant, theatre and shopping mall for the housemates.

"Bigg Boss" this year is bound to be different from the other seasons due to the ongoing COVID-19 pandemic.

Talking about the precautions for the contestants and crew members for this year, Manisha Sharma, Chief Content Officer, Colors TV, shared: "This year it is a little stressful due to corona. But we will not take any risk. Since it is a real-time show, we will get COVID test done of every contestant before they step into the house. Also, they will be kept on quarantine before getting inside the house. Our crew members will also be tested regularly."