The family and friends of the inmates would stay in the Padosi ghar, which delighted the contestants inside the house 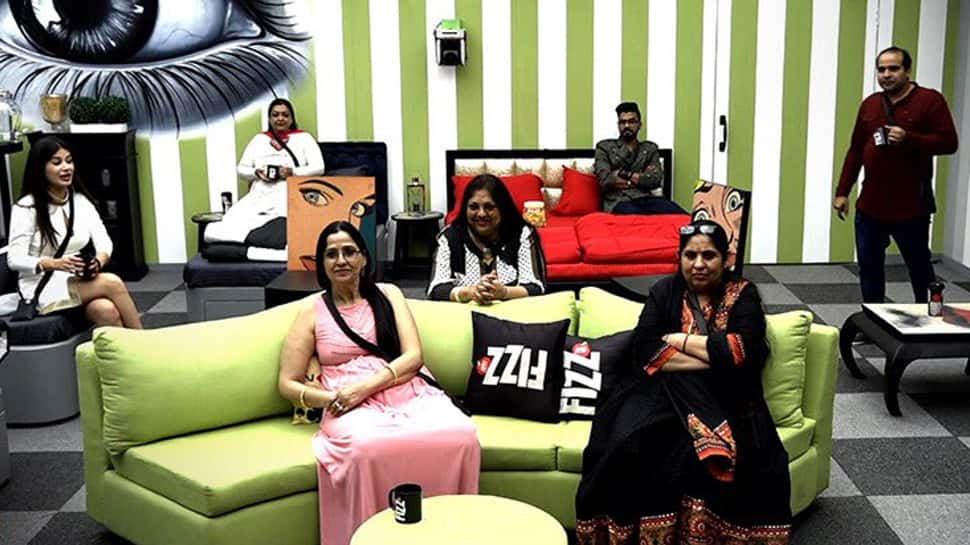 New Delhi: Day 86 of Bigg Boss season 11 saw a major twist in the house! The inamtes' family and friends entered the house which was a sweet surprise for the housemates. However, the new guests stayed in the padosi ghar which was separated by just a wall from the main Bigg Boss house.

The family and friends of the inmates would stay in the Padosi ghar, which delighted the contestants inside the house

A task was in store for all the contestants in which the first one was to make dishes that would be voted upon by the members of the Padosi Ghar.

Shilpa's dish was the most voted one and hence she won the task.

The inamtes' friends and family decided to play fair and it was Rocky, Hina's boyfriend who said so. Everyone voted for two contestants' other than their family and the most voted contestant would win.

Bigg Boss asked Hina to credit Shilpa's scoreboard with 60 points. The latter, however, made an error and gave 600 points to Shilpa, inviting yet another announcement from Bigg Boss to correct her mistake.

The next was comedy competition in which the inmates had to try and evoke as much laughter as they could. First one up was Vikas who tried to take a dig at Akash and then Luv.

Next one was Akash who introduced himself as 'Kekda'  and made some jokes on Shilpa which made the inmates laugh.

Other inmates stepped up one by one and tried their hand at standup comedy. The house was soaked in laughter and the 'Padosi'  ghar saw the family and friends of inmates laughing!

Hina won this task and was awarded 60 points.

In the padosi ghar, Akash's mother made a startling revelation. She said that famous singer Vishal Dadlani, who is a relative of theirs, refused to help Akash when he wanted to get into the music business.

Well, with the family and friends inside the padosi house, things are sure to take an interesting turn!

When Sanjay made Anil Kapoor's day