Salman Khan had warned Puneesh and Bandgi to not get cosy on national television. 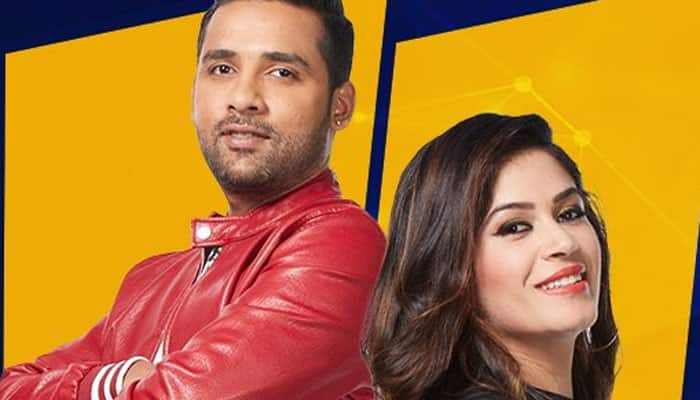 Mumbai: The ‘romance’ inside the house of Bigg Boss 11 (though we don’t know if it’s real or just a publicity stunt), is getting too-hot-to-handle. Puneesh Sharma and Bandgi Kalra’s PDA has crossed all limits. And we wonder how superstar host Salman Khan is going react to their ‘love affair’ during the weekend ka vaar episode.

The hunk of an actor had warned the couple not to get cosy on national television. But it seems as if the two haven’t yet understood the message. In Tuesday’s episode, Puneesh and Bandgi went little too far is expressing their love for each other. They almost locked themselves up in the bathroom. Later, at night, the two shared an intimate conversation when they lights were off and they were sleeping next to each other in the bed.

Puneesh said that his family would beat him up while Bandgi said that her family wouldn’t accept her anymore (They were referring to the intimacy between them). Puneesh, while trying to display chivalry said he would accept her if her family abandons her. However, Bandgi, who was sought of regretful, asked him not to blabber.

It seems as if the two are desperately trying to stay back in the house to remain active in the competition. Most of the contestants who have been evicted so far feel that Puneesh and Bandgi are only pretending to be in love and their romance is completely cooked up.

Even their co-inmates aren’t really appreciating their PDA that’s getting a little over the top now.

And now that the two have seemingly crossed the boundary, it would be interesting to see what Salman will do this weekend.