Priyank got eliminated this week which left Luv surprised. The former bid adie to his friends and tahnked Bigg Boss for all the support he has received till now. 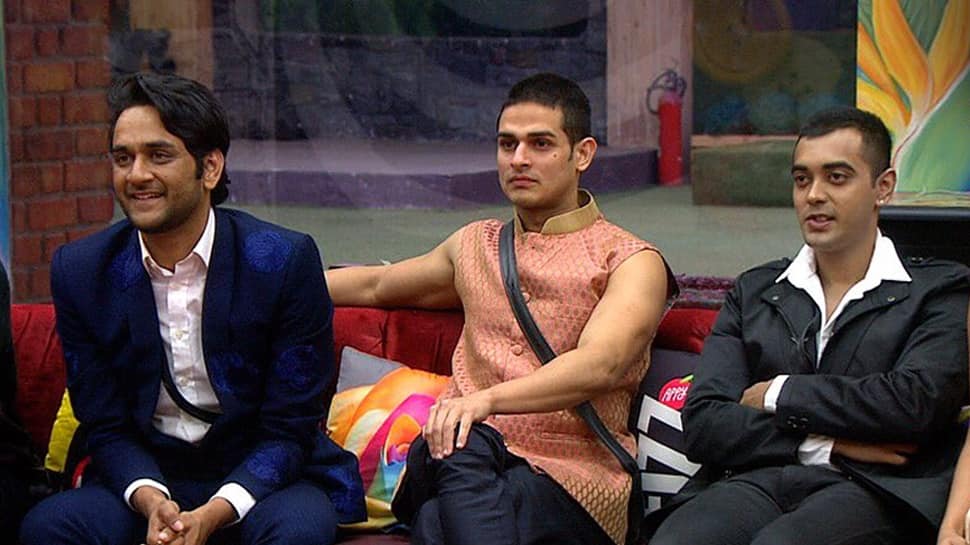 New Delhi: Bigg Boss 11weekend ka vaar began with Salman Khan talking about how fast the year 2017 went by. The actor further said that India will again be voting live in a competition in this episode.

Salman joked that in the padosi ghar, Bandgi and Rocky slept on one bed. Puneesh and Hina were visibly upset as they took Salman seriously after a while. However, when the superstar smiled and revealed that he was joking, all the inmates laughed.

What followed was a bit of GK testing round that sent everyone in fits of laughter.

The family and friends, who had just vacated the padosi ghar, entered the house and questioned the inmates.

Bandgi, Rocky, Shilpa's brother and Akash's mother were the ones who were sharing the stage with Salman Khan.

Hina was questioned by Bandgi about her comments on Puneesh's looks, which the actress declined. Salman intervened and said that Bandgi had watched the episode which made Hina confess that she had passed the comment.

As we know already, Priyank and Luv were nominated this week and one had to be eliminated today.

Priyank got eliminated this week which left Luv surprised. The former bid adie to his friends and tahnked Bigg Boss for all the support he has received till now.

As said at the beginning of the episode, India went Live and had to vote for either Shilpa or Hina as the better entertainer.

In order to win votes, Hina and Shilpa had to entertain the audience by their singing. While one contestant was singing, others had to distract her by throwing soft balls.

Hina was the first one to come up and chose to sing 'Ye Moh Moh Ke Dhaage', she earned 65% votes. After this was Shilpa, who got 77% won, thereby winning the contest!