Bigg Boss 13 Day 29 written updates: Karishma Tanna offers the contestants a chance to win luxury groceries but with a twist! 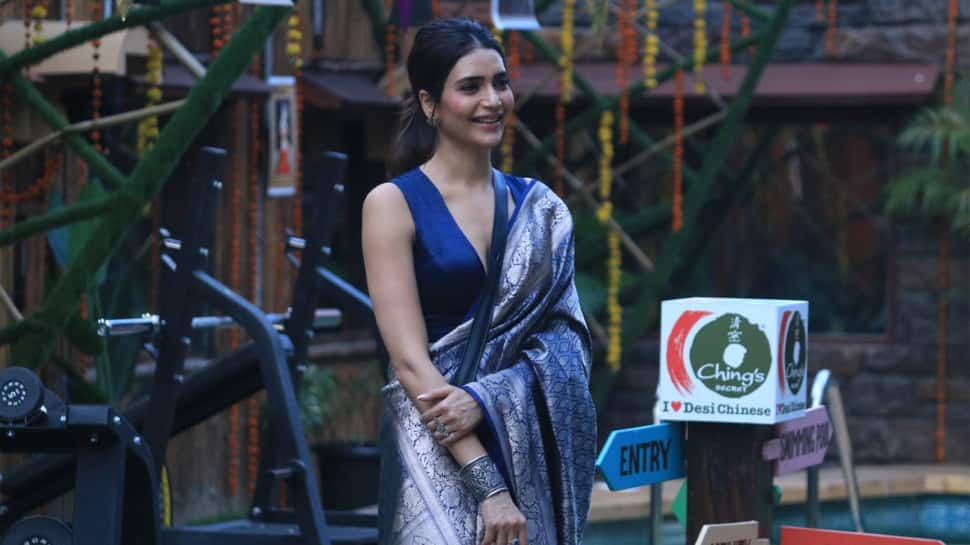 The Bigg Boss Adalat task is still fresh in the minds of the contestants. Mentally and physically exhausted, the contestants plan to retire for the day but a sudden announcement from Bigg Boss brings about a change in their plan. He asks them to assemble in the living area and reveals a rather unpleasant surprise.

It was time for a mid-night eviction, one that confuses the housemates. Shocked and in absolute chaos the contestants fear their safety in the game. Bigg Boss announces the name of three unsafe contestants Aarti, Mahira and Siddhartha Dey and asks them to bid adieu to the house mates and come into the activity area. It was time for one person from the three bids farewell to the Bigg Boss house.

Post an overwhelming night, Bigg Boss wakes the contestants on ‘Ladki Beautiful Kar Gayi Chull’ giving them a clear indication of today’s task. The house welcomes the television beauty and Bigg Boss season 8’s finalist Karishma Tanna. She begins by announcing a task where she turns into the dictator of the Bigg Boss house. The task will have a mannequin dressed like a queen which will have a ‘Shahi Haar’ on her neck for which Karishma will appoint two guards to protect it.

The rest of the house is the Praja who has to follow her commands and impress her. While doing so they also have to try their best to steal the ‘Shahi Haar’ from  the watch of the two guards and replace them by taking their position. The two who manage to remain the guards of the ‘Shahi Haar’ on the final buzzer will get a chance to pick the luxury groceries from the BB supermarket.

Keeping the competitive spirit alive, Karishma lightens the mood by adding some fun elements to the task like getting the two tough boys Paras and Sidharth to pole dance and entertain the housemates. She also orders the house to make a special anthem in order to impress her. To her surprise the housemates come up with a song on her with sugar coated words pleading her for the luxury budget.

It seems that the night time has become Bigg Boss's favourite time for surprises. After enjoying the fun task the housemates were closing in on the night in a lighter mood, when Bigg Boss announces the nominations for jail. Bigg Boss tells the contestants to come up with two names unanimously who they think don’t deserve to go to the next level post next week’s finale.

What are Farah Khan and Karishma Tanna doing in 'Bigg Boss' house?