Shehnaz gets into a heated argument with Shefali Jariwala and accuses her of slapping her. Further, we saw Shehnaz and Rashami fighting. Amidst all this angst, Rashami hurts her finger and is in too much pain. 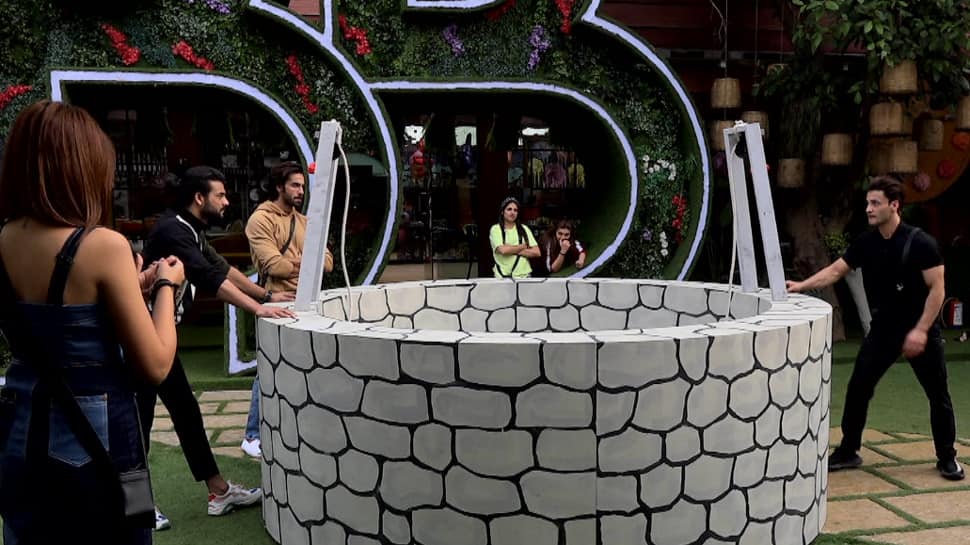 A new day begins, and contestants wake up to the groovy song of ‘Chak De Phatte’. The house has been very disorganized without a captain. All the housemates are taking advantage of this by sleeping beyond the deadline. Shehnaz tries to wake everyone up because she fears a major punishment might come their way but all contestants ignore her. Hindustani Bhau gets offended when Shehnaz points at him for sleeping. Their fight takes flight when he calls Shehnaz ‘Rakhi aunty’ and Mahira supports her and fights with Bhau for making such comments. Shefali Jariwala who supports Bhau is later mocked by Shehnaz for supporting him.

Further, we will see everyone in the house showcasing their acting skills by mimicking each other. In order to get contestants feel better and to add energy, Bigg Boss announces the next luxury budget task. The task is titled ‘Kua Ma Kuud’, the house will be divided into two teams - Team Shehnaz and Team Arhaan. Team Shehnaz comprises of Asim, Himanshi, Mahira, Shefali Bagga, and Aarti. Team Arhaan comprises of Vishal, Rashami, Bhau, Shefali, and Madhurima. When the first buzzer rings one member from each team has to pull out the bucket from the well. The Sanchalak, Mahira, and Bhau will have to announce who pulled the bucket first and that team gets a chance to steal the eggs from the opponent’s team. Only one member can defend the eggs during the attack. The eggs can only be taken out by the bucket.

Asim being the only guy in the team plans a strategy with Sidharth to defend his team. When the first buzzer rings Asim gives his best shot and defends the eggs from Arhaan’s team successfully. Post the second buzzer when Arhaan is on the attacking front, Asim defends him with all the power but Vishal and Shefali Jariwala help Arhaan and in the bargain Asim hurts his hand. Shehnaz gets into a heated argument with Shefali Jariwala and accuses her of slapping her. Further, we saw Shehnaz and Rashami fighting. Amidst all this angst, Rashami hurts her finger and is in too much pain.

Bigg Boss immediately stops the task and keeps it on hold after having two housemates injured. Post a doctor’s consultation for Asim and Rashami, Asim has a minor muscle pull but he informs everyone else that Rashami has got a hairline fracture on her finger. Hoping to get justice, Rashami is fuming with anger and pain and wants to quit the game. She seeks immediate intervention from Bigg Boss and asks him for an exit. Rashami is upset with the kind of violence that has become extremely regular and is putting people in pain.