Good time to be an actor in Indian cinema: Kirti Kulhari

Kirti, who played a memorable lead in the game-changing women`s movie 'Pink', says she is overwhelmed by the love that is coming her way. 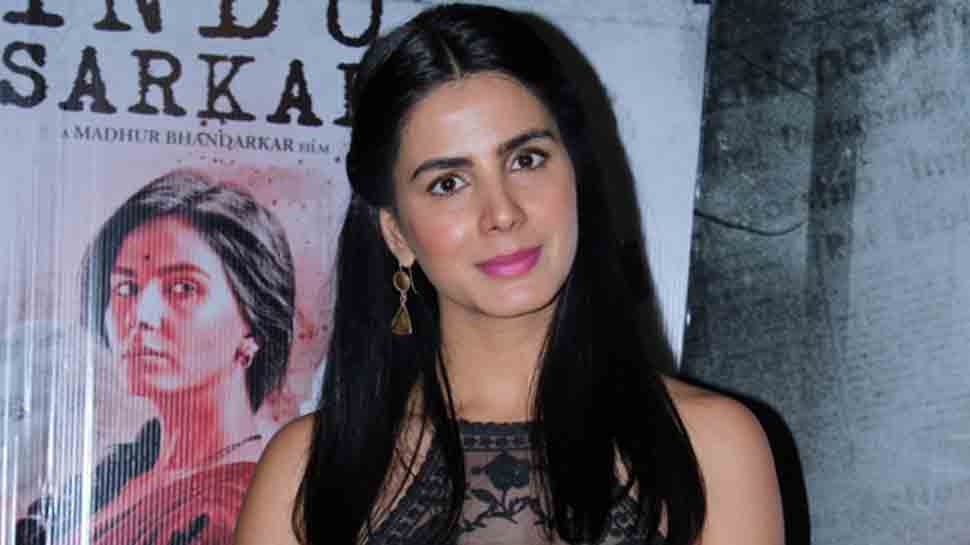 Mumbai: Actress Kirti Kulhari, who will be seen as one of the four sexually unabashed protagonists in upcoming series "Four More Shots Please!", says it is a good time to be in Indian cinema.

Kirti, who played a memorable lead in the game-changing women`s movie 'Pink', says she is overwhelmed by the love that is coming her way.

"I am receiving as much love for 'Four Shots More Please!' as I got for 'Pink', if not more. It`s heart-warming. This year I've four to five things in my kitty... All different and interesting stuff. This is a good time to be an actor in Indian cinema," Kirti said.

She added: "There is so much happening in so many different formats and platforms. Things are slow but surely the work that excites me and people who like watching me, are coming my way. I just want to do what I know and want to keep learning and growing"

The 33-year-old actress is happy with her cameo in the latest release 'Uri: The Surgical Strike', although many felt her role was too brief.

She defends her abbreviated appearance in the film and said "I had a guest appearance. But even people who were not doing special appearances, apart from the male lead Vicky Kaushal, everyone had a very limited and small role ."

To which, Kirti said: "Well, I always felt it. But we never worked on it. This romantic vibe was there on paper so I guess it has kind of come across on screen. I don`t know if it`s necessarily romantic but there is a connect which is quite visible.

"I really feel me and Vicky should do a film together. We would be good together, both of us being the same kind of actors."

Talking about her upcoming projects, Kirti said: "I am doing `Mission Mangal` film with Akshay Kumar and Vidya Balan. Apart from Vidya and Akshay all other actors are at par as far as the roles and screen time is concerned.

"I am also doing a show for Netflix called `Bard of Blood` with Emraan Hashmi. I am playing a Baluchi girl in that."

In the current series "Four Shots More Please!" Kirti is seen having a conversation with her vagina.

Was she comfortable with this kind of sexual frankness?

She said: "It is obviously not something someone does in their normal lives. It was a stretch of the imagination and meant to be a fun scene, and that`s how I saw it. While executing a scene like this was tough, my comfort with the scene and what it entails was not an issue."

Kirti feels it is time for the sexual revolution to hit Indian cinema.

She said: "It`s high time subjects like sex and everything that it includes, are normalised. And anything and everything that stimulates this process should be welcomed. People have to be pushed out of their comfort zones to be able to see things for what they are.

"It will be great to live in a world where we don`t discuss sex anymore because we have managed to go beyond it. And then we can focus on more important things."