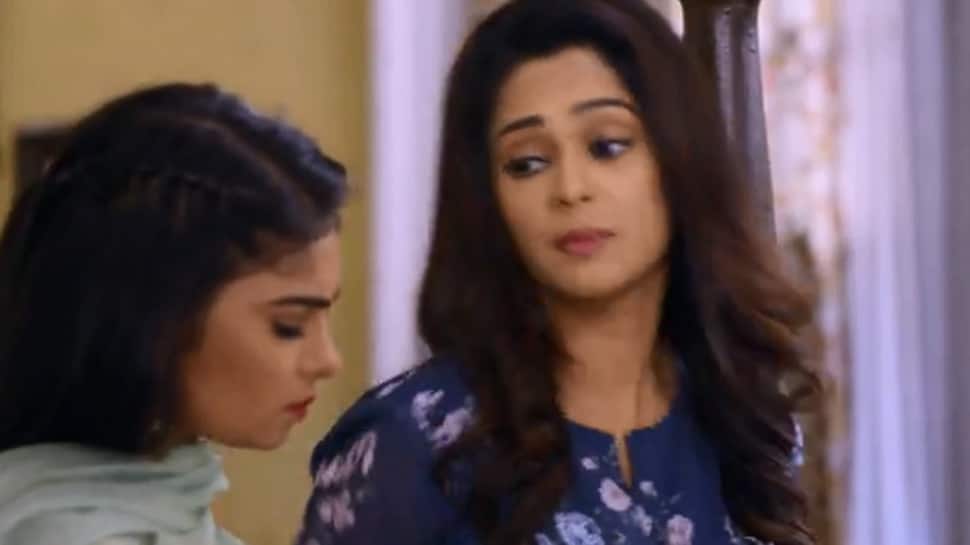 New Delhi: In the episode, Pragya tries to reach out to Abhi, who is surrounded by a huge crowd of fans. Abhi dedicates a song to the woman he loves and Pragya meets Vikram thinking of him as Mr Mehra. After the performance is over, Pragya manages to hold Abhi's hand but is again pushed by the crowd of fans. When Abhi tries to look at Pragya, he gets a call from Rhea asking him to rush home.

In tonight’s episode, Prachi reaches home and begins planning for work tomorrow. Shahana reminds Prachi that the next day is Sunday and she has a holiday. Shahana thinks Prachi is liking working with Ranbir. When Ranbir reaches home he finds Aryan there. He also asks Ranbir if he is in love with Prachi.

Prachi says that she has no time for love while Ranbir says he wants to run away from Prachi when he sees her. Ranbir’s daadi hears Aryan teasing Ranbir. She asks for the girl’s name but he avoids the question saying he will make her meet the girl at the party tomorrow.

Abhi reaches home and realises he forgot to talk to Sarita about the party. He calls up Sarita but she is not near her phone. Abhi tries to call Pragya but she takes too long trying to find the phone from her bag. When Pragya tries to call him back, Abhi calls up Sarita who answers the call and accepts the order for Aliya’s wedding engagement.

Pragya asks Sarita why she is in such a good mood. Sarita says she met Mr Mehra and Pragya says she met her husband too. Abhi apologises to Pragya for calling her to the restaurant and not meeting her. Pragya tells him that she met someone she hadn’t seen for long at the restaurant.

Rhea picks a picture to put on the cake and decides to send it to the caterer. Meanwhile, Disha finds out that Abhi is getting an award from the CM. Her friend Hritik asks her to go to Abhi’s house with the CM to give him the award. Will Disha meet Purab in Abhi’s house? Stay tuned to find out.

'Bhabi Ji Ghar Par Hain', August 7, recap: Will Vibhuti and Tiwari find out the truth about their wives?