Kumkum Bhagya July 9, 2019 episode recap: How will Ranbir convince Rhea that he loves her?

In tonight’s episode, Vikram tells Abhi that he has to return to the party. Vikram says that they still have to introduce Ranbir as the person who will take over the business. 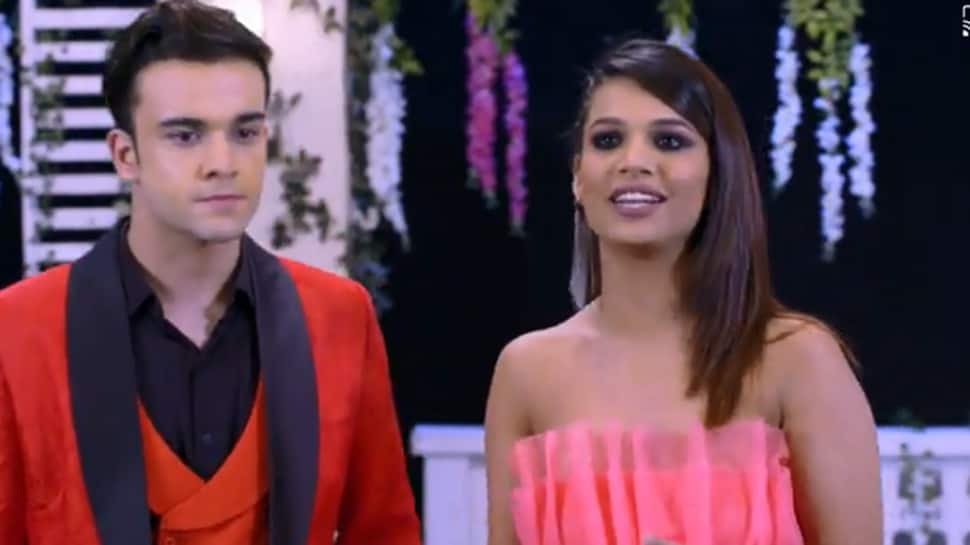 New Delhi: In the episode, Ranbir gets drunk and Prachi helps him to get to his room. Abhi is also drunk and he asks Prachi to promise him to get back his wife. Meanwhile, Rhea accuses Prachi that she is trying to steal her father. Sarita then asks Pragya to meet her husband as she is missing him bad but Pragya fears Abhi might still be mad at her.

In tonight’s episode, Vikram tells Abhi that he has to return to the party. Vikram says that they still have to introduce Ranbir as the person who will take over the business. Abhi decides to join Vikram to make the announcement. Vikram announces that Ranbir will be taking over from him in the business.

After the announcement is done, Rhea takes Ranbir away. When they reach the terrace, Rhea tells Ranbir that she needs to break-up with him. She can’t stand him anymore. Rhea walks away as Ranbir follows her. Rhea tells Ranbir to stop following her. Prachi sees this and sticks out a leg to make Ranbir trip.

Ranbir stops following Rhea and goes to pick a fight with Prachi. He corners her and tries to tell her to stay away from him. Prachi refuses to do so because she hates Ranbir. She goes to help out at the party to avoid Ranbir after that. Prachi meets Daadi who asks her to make a navratna khichdi when she finds out Prachi is from Hoshiyarpur.

Prachi is on the way to the kitchen when Ranbir corners her. He asks Prachi to stay out of his personal life. He says that if she interfered when he was with another girl then he would force Prachi to marry him. Rhea sees Ranbir getting close to Prachi. She gets upset and leaves. Ranbir notices her leaving and follows her.

Shahana teases Prachi with Ranbir after seeing him get close to her. Ranbir takes Rhea into a room and locks it. He tries to tell Rhea that she has got it all wrong. Rhea says she knows Ranbir proposed to Prachi at the camp. How will Ranbir convince Rhea that he loves her? Stay tuned to find out.