Srishti, who entered the Luthra mansion by disguising herself as a Japanese beautician, ruins Mahira’s face by doing a shoddy job as a make-up artist. 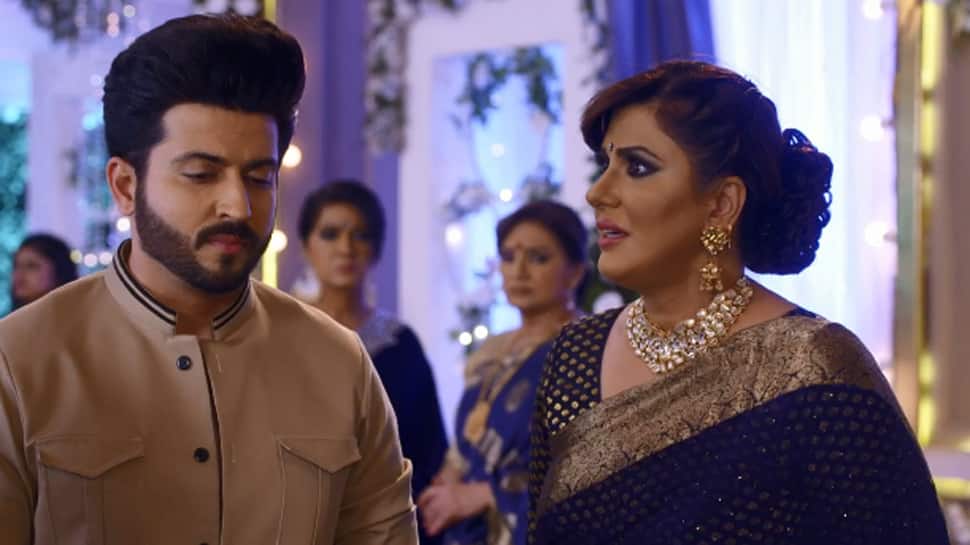 New Delhi: In the episode, Srishti turns Mahira's make-up artiste. She manages to enter as a Japanese beautician. Karan visits his father Mahesh, who is still in a state of coma. He tells him that he doesn't want Preeta to marry anyone else and admits to his doing. His confesses about stopping Preeta and Prithvi's wedding.

Srishti, who entered the Luthra mansion by disguising herself as a Japanese beautician, ruins Mahira’s face by doing a shoddy job as a make-up artist. Mahira threatens to get her scolded by the manager. Prithvi, in the meantime, pays Sarla and Preeta a visit.

He tells the Aroras that he was the one who had called for help after noticing the fire. Preeta receives a call from her friend and walks out of the room, much to Prithvi’s disappointment. Preeta finds out Srishti is at the Luthra mansion and gets mad at her younger sister. Preeta’s friend wants her to help with the food for Karan and Mahira’s engagement. It’s a Catch 22 for Preeta as she is being called by her friend to cook at her own husband’s engagement with someone else.

Srishti avoids Preeta’s calls so as to not get caught. But Preeta has figured out that her sister is at the Luthra mansion. Will Preeta go to Luthra house to get Srishti home? Will she help her friend and sort the food situation at Karan-Mahira’s engagement party? Stay tuned to find out what happens next on Kundali Bhagya!

You can now binge-watch or catch up with episodes of your favourite TV shows anytime, anywhere only on ZEE5!

Zee English Cluster is all set to end your year with a Bang!