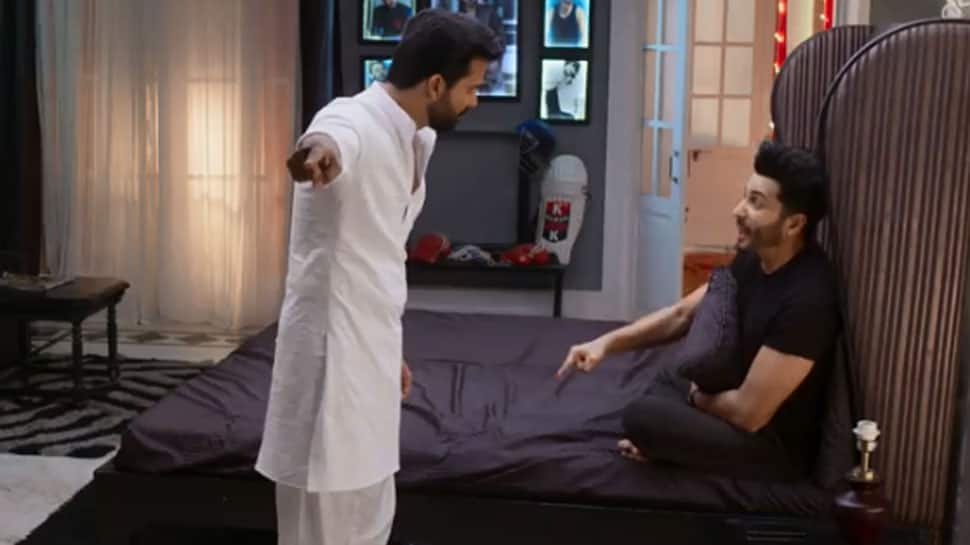 New Delhi: In the episode, we saw Karan asks Preeta to leave the house forever. This makes Rakhi and Rishabh angry and they demand a valid explanation from Karan for his behaviour. However, an agitated Karan pledges to never return if Preeta doesn't leave the house. Meanwhile, Preeta reaches back home and hugs her mother Sarla and sister Srishti.

In tonight’s episode, Rishabh forces himself into Karan’s room and wakes him up. Rishabh demands to know the reason Karan behaved wrongly with Preeta. Karan tries to avoid the question, but says he would kill Preeta if he could. Rishabh is about to raise his hands on Karan.

Rishabh blames himself for Karan’s fights with Preeta. He thinks if he didn’t bring Preeta to the house, Karan would not be able to treat her badly. Karan tells Rishabh the whole truth and how waiting for Preeta made Sherlyn’s wedding possible. Karan says he treated Preeta badly because she ruined Rishabh’s life.

While Rishabh and Karan hug out their differences, Srishti tells Daadi the truth. But, Sarla and Srishti both don’t know what happened for Preeta to cry so much. Daadi decides to bring Preeta out of the room. They pretend someone has fallen and Preeta rushes out to see who is hurt.

When Preeta comes out of her room the family force her to tell the truth. Preeta tells them that Karan didn’t believe anything she told him. Sarla and Srishti are shocked by hearing about Karan’s reaction. They decide to go together as a family and tell Karan the truth.

Sherlyn enters their house and Srishti tries to attack her. Sherlyn tells everyone that they will be kicked out of the Luthra house just like Preeta. Sherlyn threatens to get Preeta’s family arrested if anyone even touches her. She warns them to not be anywhere near her or the Luthra house. Stay tuned to find out how Preeta deals with Sherlyn.