Kundali Bhagya October 20, 2019, Mahaepisode recap: Preeta-Karan bump into each other

In tonight’s episode, Karan goes to Mahesh’s room and sees Preeta as a giddha dancer there. 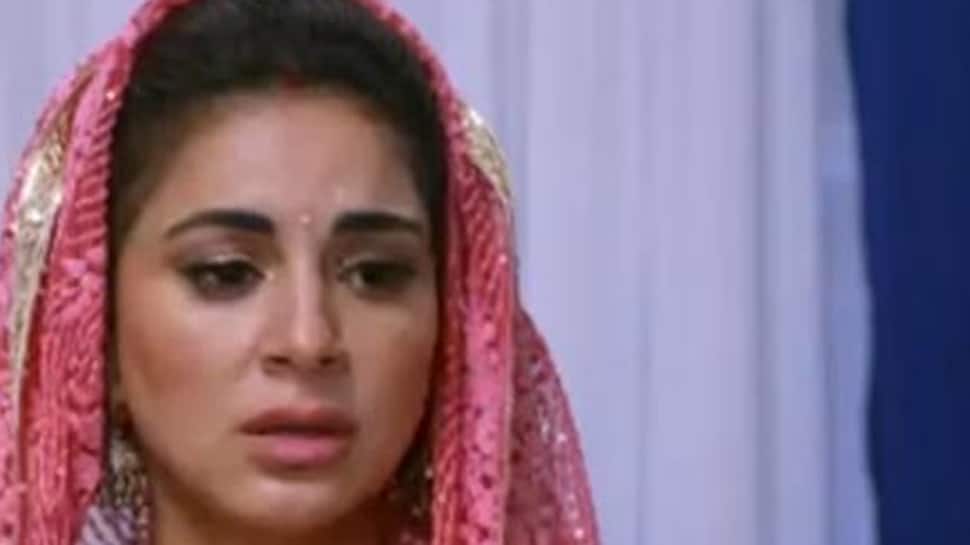 New Delhi: In the episode, Srishti gets to know that Preeta didn't appear for the interview. She heads to Luthra House to see if Preeta is with Karan. She takes Sammy's help to find out about Preeta and Karan. Preeta, meanwhile, goes to Mahesh's room and breaks down in front of him. Srishti meets Kareena at Luthra House. Sammy suggests Srishti wear a ghungat and join Gidda dancers. Prithvi too joins the dancers to be with Sherlyn.

In tonight’s episode, Karan goes to Mahesh’s room and sees Preeta as a gidda dancer there. He asks her who she is but Srishti shows up with a ghungat and says that she is one of the giddha dancers before taking Preeta away. When Srishti takes Preeta to the terrace she bumps into Rishabh.

She goes away before Rishabh realises who she is. Sammy diverts Rishabh’s attention because he realises Srishti found Preeta. Rishabh goes to talk to Karan and notices Kritika and Akshay having a fight. He wonders if everything is good between them. Kareena notices Srishti’s dress among the Giddha dancers.

She asks them to reveal their faces but Preeta and Srishti escape because it is time for the Giddha dance performance. Prithvi, Srishti and Preeta dance with the Giddha dancers. However. Preeta goes unconscious during the performance just at the moment when the moon comes up.

Karan shows up with a glass of water and feeds Preeta to break her fast. While everyone is distracted by Preeta, Sherlyn breaks her fast with Prithvi but he mother sees her. Kareena finds Mahira breaking her fast with Karan’s photo. Kareena promises to get Mahira married to Karan and Sammy overhears them.

Preeta goes to Renuka Sharma’s house for her interview. Renuka says she is hired to work with the Indian cricket team and she wants her to meet the Cricket Board chief. Karan also goes for the Cricket Chief’s cricket party with Rishabh and Mahira. Rishabh is the first to meet Preeta and apologises to her.

Renuka introduces Preeta to Karan as the cricketer. She does this purposely because she knows Preeta and Karan are married but have problems. Mahira takes Karan away from Preeta and Renuka Sharma go out the see the performances. Shraddha Arya and Dheeraj Dhoopar perform together followed by Jamai Raja’s Ravi Dubey.

Mahira calls Kareena saying she feels like she is coming in between Preeta and Karan. Kareena asks Mahira to keep Karan away from Preeta and never leave his side. Renuka takes Preeta to the cricket board chief so she can get her appointment letter in front of Rishabh and Karan who congratulate her.

Sherlyn leaves the Luthra house to meet Prithvi on Diwali. She remembers how he ended up meeting Rishabh on Karwa Chauth. She remembers how she tricked Rishabh into believing that Prithvi is a girl. Mahira asks Karan about Preeta. He says he never loved Preeta which makes Mahira happy and she begins flirting with him.

When Mahira goes to burst some cracker, Preeta and Karan bump into each other. Karan helps pick up the diyas that fell from Preeta’s hands. Mahira sees them together and gets jealous again. She forgets she is holding a firecracker and burns her hand Preeta offers to help her. To know more about the star performers read here.