In tonight’s episode, Srishti notices something is wrong. 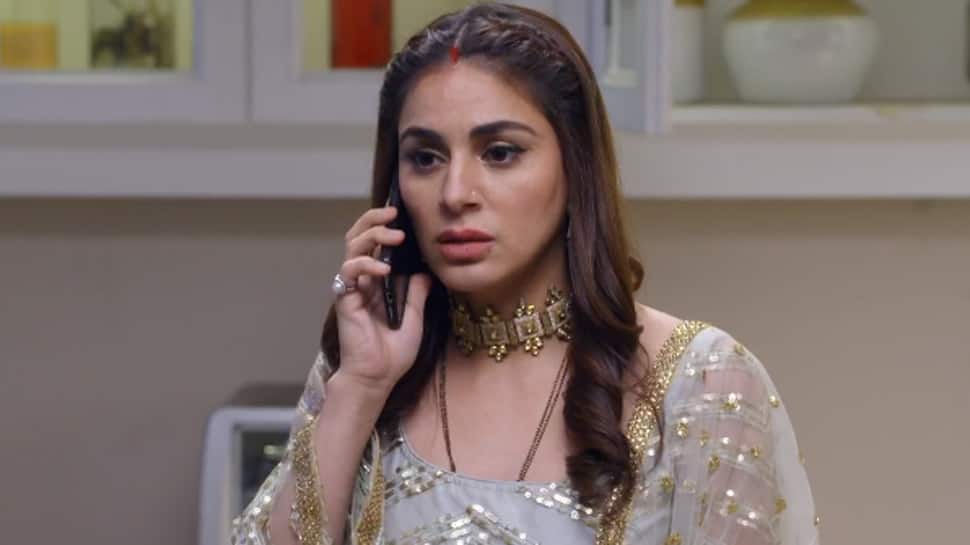 New Delhi: In the episode, Preeta tells Srishti that she's at Luthra House, however, after she heard her mother's voice on the phone, she says it was a joke and that she is somewhere else. Preeta overhears about Mahira getting married to Karan and gets angry. Mahira feels that Preeta is a nice person contrary to what others think. Kareena guides Mahira about replacing Preeta in Karan's life. She tells her that if she can't do it then someone else will.

In tonight’s episode, Srishti notices something is wrong. She wants Preeta to tell her what went wrong. Preeta says she got a job but it is a job working with the cricket team. Srishti realises she is working with Karan. Preeta says that she ended up at the Luthra house because Mahira hurt herself with crackers.

Srishti asks Preeta what Karan told her on the day she met him on Karwa Chauth. Preeta asks Srishti to promise her that she never tells Karan that he broke her fast that day. Kareena is still angry after Preeta spoke rudely to her. She wants to make sure that Preeta removes the sindoor and mangalsutra that Karan gave her.

Prithvi asks Sherlyn to get the property papers from the Luthra house and leave. Sherlyn says she will do that as soon as she finds out where Mahesh has hidden them. Sherlyn promises to find the papers in a few days. Mahira is in the kitchen looking for something to eat but her hands are burnt. Karan decides to feed her with his own hands.

Sammy sees Karan and Mahira bonding and decides to stop it. Janki tells Preeta that her mother is ill. Preeta goes with Srishti to check on her mom. Sarla says she is not that sick and will be fine in a few days. Preeta finds out that she has a high fever and goes to get the medicine box.

While Preeta goes to collect the medicine box, in the kitchen and sees Janki there. Janki says she had jokes that Preeta went to the Luthra house. When Preeta also joked about being at the Luthra house, Janki says she saw Sarla feel shocked. She blames that incident for Sarla’s illness. Will Preeta tell Janki the truth? Stay tuned to find out.