&PrivéHD presents The Black List 2.0 and The Indian Blend this September

Bringing the many works of cinema that rife with an Indian flavour, the channel presents The Indian Blend starting September 1 on Sundays at 9 PM. 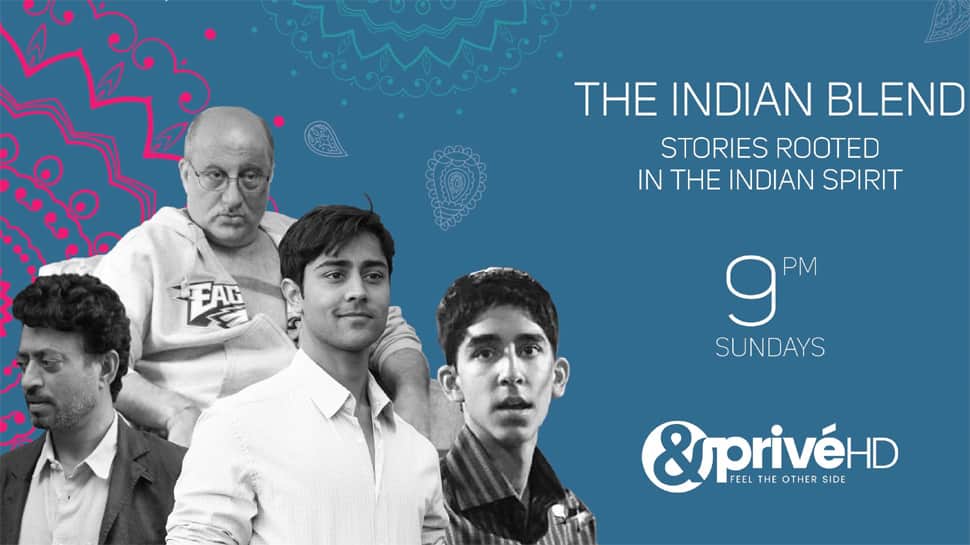 Another year, another milestone - &PrivéHD, the premium destination for nuanced cinema, soon sets foot into its second glorious year of bringing stories that deserve to be told, this September. As a curtain-warmer to the big day, the channel is set to present two properties that will introduce you to the other side of the filmmaking journey – The Black List 2.0 and The Indian Blend, all through September.

Bringing the many works of cinema that rife with an Indian flavour, the channel presents The Indian Blend starting September 1 on Sundays at 9 PM. That's not all! Showcasing award-winning stories that once struggled to see the light of day, The Black List 2.0. on &PrivéHD brings the unseen journeys from script to screen, starting September 2, weeknights at 9 PM.

The Indian Blend on &PrivéHD strings together a collection of critically-acclaimed films with stories that are rooted in Indian spirit. Featuring the best of India in crossover cinema, the movies depict a culture that is beyond compare and a soul that sees no defeat. These are movies that rejected the traditional, stereotypical portrayal of Indian actors and instead, placed India on the global map. The line-up includes movies such as Puzzle, Million Dollar Arm, Hundred-Foot Journey, Silver Linings Playbook and Slumdog Millionaire.

With debutant actors who created a stir across the globe, Slumdog Millionaire's stellar cast – Dev Patel, Freida Pinto and the evergreen Anil Kapoor garnered immense acclaim for their cutting-edge performances. A story that revolves around a teenager from the Mumbai slums, won eight Academy Awards including Best Picture, and accolades at other prestigious awards like Golden Globes and BAFTA.

Stories that challenged the status quo, shattered norms and spanned across years in their dark, unseen journeys from script to screen; The Black List 2.0. on &PrivéHD brings the unseen another side of the most acclaimed movies ever made. As part of the promising collection, the line-up includes award-winning titles such as The Pursuit of Happyness, Django Unchained, The Post and The Imitation Games among others. Memorable tales that shine beyond darkness, boasts of a valuable contribution to cinema, truly deserving the success it garnered.

With Pursuit of Happyness, Will Smith portrayed a more serious role of Chris Gardner, for which he received an Academy Award nomination for Best Actor. The film revolves around the journey of a father who finds himself homeless as he raises his young son on the streets of San Francisco.

With an 8-pointer rating on IMDB, The Imitation Game illustrates how far we, as a society, have come in accepting homosexuality which was once considered a taboo.  Set against the backdrop of World War II, the movie revolves around the journey of Alan Turning, the mastermind who built the ultimate German 'Enigma' code, leading Britain to victory. The film received eight nominations at the Academy Awards, winning for Best Adapted Screenplay, five nominations at the Golden Globe Awards, and three nominations at the Screen Actors Guild Awards with Benedict Cumberbatch's performance widely praised.

For those who appreciate nuanced cinema, &PrivéHD brings riveting and award-winning films that stimulate the minds and bring alive the other side of the story with Zee Prime English HD Pack comprising - &PrivéHD, Zee Café HD, &flix HD, LF HD is priced at Rs 25/-

From Kalki Koechlin to Rajkummar Rao, ZEE5's September line-up will keep you hooked