Thank you so much, India, says Mumbai-based dance group on winning America's Got Talent

Giving the power-packed performance at the stage, the Mumbai-based dance warriors were immensely delighted with the win. 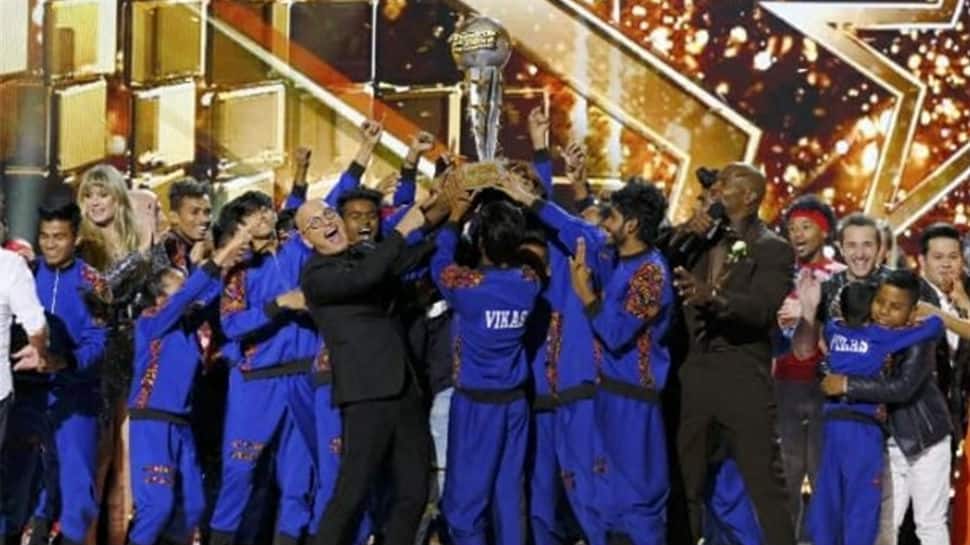 Mumbai: The dance group 'V Unbeatable' from Mumbai brought laurels to the country as their stellar performance made them the champions of the 15th season of America`s Got Talent.`

Giving the power-packed performance at the stage, the Mumbai-based dance warriors were immensely delighted with the win.

"It is a moment of pride not just for us, but for the whole country," Kharwar, one of the young talent from the team, told ANI.

Asked about the reactions received on this spectacular win, he said, "We are receiving a humongous response from all over the country, and I extend a big thank you for all the support shown throughout."

"Thank you so much India," the young star exclaimed.

The team members revealed how difficult the competition was. There were forty countries competing ahead of them, that too from various fields, some being musicians, magicians, whereas others comprised gymnasts.

A young school-going girl from the team opened about her happiness on winning the title and also about her school mates and teachers who supported her passion for dance.

"We came fourth on Dance plus 4, but did not expect to win America`s Got Talent initially," she said.

The team said that they generally give seven to eight hours of practice. For shows like Dance India or America`s Got Talent, they have practised for 17 hours.

Asked about the family reaction on achieving the success, another dancer said, "Family were quite in speculation with regard to making dance as their first career option. But later even going to America to represent the country brought immense happiness back home."

The V Unbeatable team wish that every Indian talent flourish to their most and gets acknowledged for the efforts put forth.