Most of all else that happens in Season Three is about filling up a runtime of around eight hours. 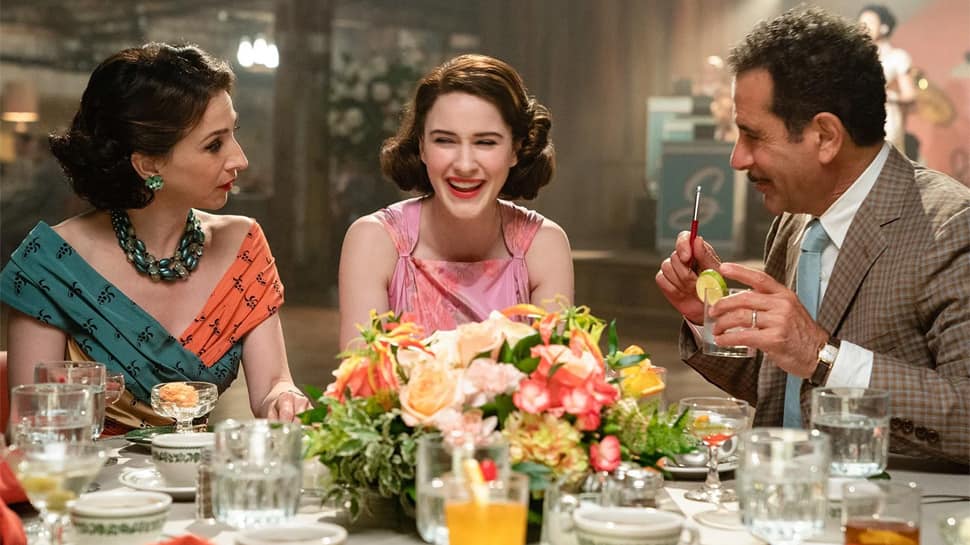 It must be the law of averages, really, how Season Three pales in comparison to Season Two, which in turn had seemed a shadow of Season One. "The Marvelous Mrs. Maisel" still looks marvellous, but this time the impact banks more on the trademark feel-good rush, rather than engrossing drama.

Season Three was clearly made because the show and its characters are overwhelmingly popular, and not because there was an exciting new story to tell. Series creator Amy Sherman-Palladino avoids any drastic change in Midge Maisel's world. Rather, in terms of formula, all that worked over two seasons is faithfully brought back - the series is still written with wit, it is shot with relish to reimagine the spectacular sixties, and Rachel Brosnahan's starring role is still very much the clincher.

Amy Sherman-Palladino and her co-writer, husband Daniel Palladino, will be banking on the loyal fan base of the series to ensure success for Season Three. This becomes evident in the unhurried start to the season. Episode one makes no effort to draw you into the tale. Rather, generous footage in the first episode is allocated to Mrs Maisel going on a US tour, the performance she gives for the soldiers and also what goes on behind the scenes. The lack of pace somehow stays on, in the seven episodes that follow.

There are interesting subplots off and on, though, involving prop characters, that spark off sporadic interest. Midge's parents, Rose and Abe (Marin Hinkle and Tony Shalhoub), for instance, still share interesting chemistry. There is an important plot spin involving Rose, which is really a rehash of something that has already happened in Season One. In fact, sizeable chunks of the story this time takes cue from a lot of what happened in Season One.

For variety, there's the frequent shift in locations, which in turn boasts of bigger budget this time -- we move with Midge Maisel from Las Vegas to Pennsylvania to Paris and beyond as she hits the road. Midge's live gigs are mixed with snippets of all that goes on back home and in the lives of the minor players. So, even as Midge becomes a touring sensation, her marriage with Joel (Michael Zegen) looks perilously on the rocks, even as Joel sets up his club in a shady part of the town.

Most of all else that happens in Season Three is about filling up a runtime of around eight hours.

The trouble with this new season is that, beneath the sugarcoated surface that leaves you in a sunny mood, there is nothing really meaty to sustain interest. Season Three was clearly made because a lucrative show cannot be stopped after just two seasons. There is always big money to be made by cashing in on a brand name. For that reason, the drama remains functional all through, raising just about enough conflict points to keep the story moving. Most of such situations lack fictional novelty.

The brand name that the series rests upon, of course, is Rachel Brosnahan. Over just two seasons of this show, she has established herself as one of the finest comic artists in the world and her back-to-back hauls at the Globes and Emmies are only an attestation to the fact.

If you are smiling at the end of episode eight of a somewhat tired Season Three, it could have a lot to do with the marvellous Ms Brosnahan.