Any tips for my forehand? Sachin Tendulkar asks Roger Federer

On Friday, the 47-year-old took to his official Twitter handle and shared a video of him trying his hand at tennis and playing an almost perfect-looking forehand. 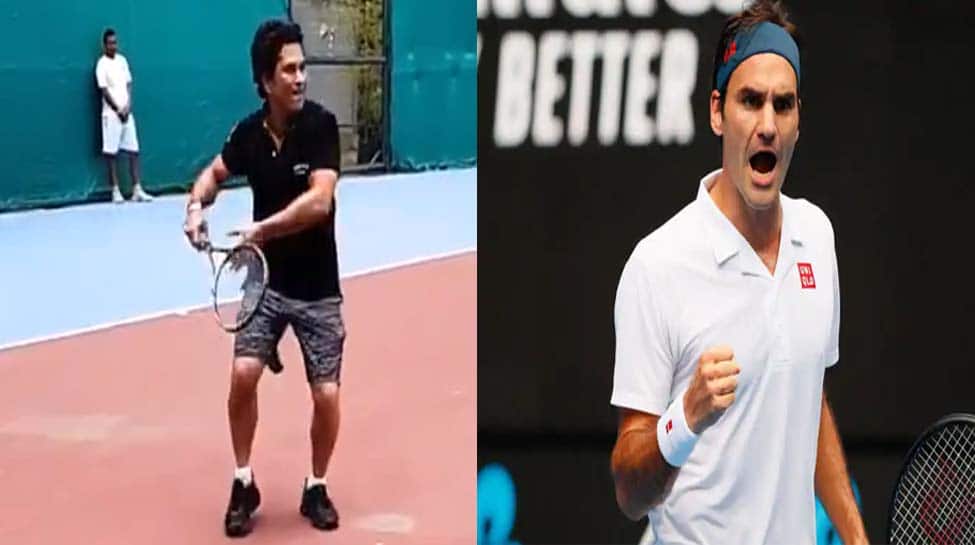 Legendary Indian cricketer Sachin Tendulkar, who has been forced to spend time at home like many these days due to coronavirus pandemic, has recently walked down the memory lane and shared a throwback video of himself playing tennis.

On Friday, the 47-year-old took to his official Twitter handle and shared a video of him trying his hand at tennis and playing an almost perfect-looking forehand.

What is making the video all the more intresting is Tendulkar smashing the tennis ball in slow motion.

Any tips for my forehand? @Wimbledon #FlashbackFriday #Wimbledon pic.twitter.com/bY4QETHRDx

This is not the first time the two greats from different sports engaged in a Twitter conversation.

Wimbledon official Twitter handle shared the video and Tendulkar was quick to give a heartfelt reply.

"As always, great hand-eye co-ordination. @rogerfederer, let’s exchange notes on cricket and tennis after you win your 9th @Wimbledon title," Tendulkar had written.

Tendulkar is regarded as one of the most complete batsman in the history of the game as he holds almost all batting records which exists at the moment.

Hailed by many as the ' God of Cricket', Tendulkar went on to make 200 appearances for India in Test cricket  and amassed 15,921 runs in the format. He also featured in 462 ODIs for the Men in Blue and scored 18,426 runs in it. Meanwhile, his only appearance in the shortest format of the game came during a T20I match  against South Africa in 2006.

Federer, on the other hand, has already announced that he will remain out of action for the remainder of the 2020 season after undergoing arthroscopic surgery on his right knee.