Bernard Tomic's slide down the ATP rankings is set to continue after he fell 6-1 6-7 (5-7) 6-4 to Italy's Lorenzo Sonego in the final round of Australian Open qualifying on Sunday. 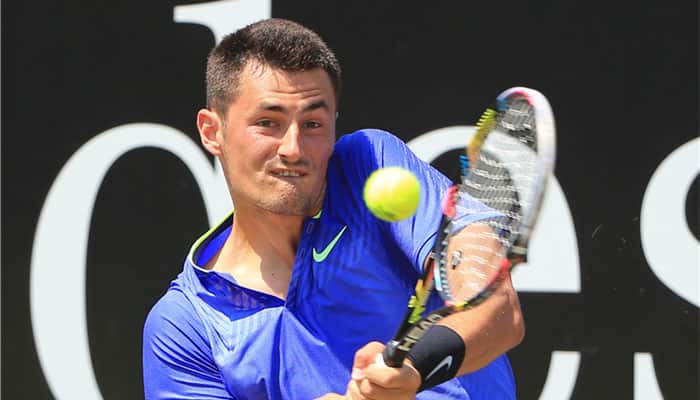 Bernard Tomic's slide down the ATP rankings is set to continue after he fell 6-1 6-7 (5-7) 6-4 to Italy's Lorenzo Sonego in the final round of Australian Open qualifying on Sunday.

A former world number 17 but now ranked 142, Tomic will miss out on his home grand slam after 10 successive main draw appearances.

The 25-year-old appeared crushed by the defeat and snapped sarcastically at reporters when asked where he would go from there.

"I just count money, that's all I do. I count my millions," said the former Wimbledon quarter-finalist, who reached the third round at Melbourne Park last year.

The setback follows on from Tomic's forgettable 2017 season, during which he declared himself "bored" by tennis at Wimbledon and spoke of feeling "trapped" during media interviews.

Once touted as a future top-10 player and potential grand slam winner, Tomic's slide has triggered both concern and criticism in Australia.

Tennis Australia said it had reached out to Tomic out of fear for his"health and wellbeing" in November but declined to offer him a wildcard for the grand slam.

The player was lambasted by home media last year for bragging in a TV interview about his wealth and prize money despite not trying very hard through his career.