Merger with ATP would not be 'acquisition', says WTA chief

Women`s Tennis Association (WTA) chief Steve Simon has said a merger with the men`s ATP "makes all the sense in the world" but that it would not take the form of "an acquisition". 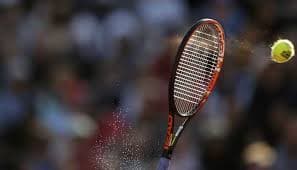 Women`s Tennis Association (WTA) chief Steve Simon has said a merger with the men`s ATP "makes all the sense in the world" but that it would not take the form of "an acquisition".

The tennis season was suspended in March due to the COVID-19 pandemic and the hiatus will continue at least until mid-July, depriving lower-level players who depend solely on tournament winnings of the chance to earn a living.

Roger Federer called for a merger between the two governing bodies last month, with both Simon and ATP Tour Chairman Andrea Gaudenzi welcoming the suggestion.
But some top WTA players have said they want an equal standing for the women players in a combined body.

"It`s not an acquisition," WTA Chief Executive Simon told the New York Times. "This isn`t about either tour taking territory.

"Right now we compete against ourselves as well as all the other leagues and entertainment properties. We compete for fans, partners, sponsorships as well as broadcast and data, so the alignment allows you to aggregate assets."

As many as seven associations run different parts of the sport in the world. Besides the ATP and the WTA Tours, tennis is also controlled by the International Tennis Federation and the boards of the four Grand Slam tournaments.

Currently viewers need different pay-TV platforms to watch tennis matches and a merger of the Tours could simplify television contracts and sponsorship deals. The men`s and women`s players have a separate ranking system while some rules, including on-court coaching, are also different.

"I`m not afraid of the full merger; I never have been," Simon said, adding, "I would certainly be the first to support it, because I think then you truly have the business and the strategic principles all aligned, which is what you need to do. Obviously it`s a long and winding road to get there, but I think it makes all the sense in the world. This isn`t about trying to save the WTA. We`ll be fine, but look, if we`re going to do the right business thing and we`re finally going to bring the sport together, I think the WTA would be very supportive of this concept."

Simon said it was a "unique time" for tennis. "Crisis and challenges can sometimes provide opportunity as well," he added.

"There`s going to be no shortage of accountants, tax attorneys, attorneys and everybody else that is involved with it. It would take time, but conceptually it may not take as long. If you agree on the goal, you can usually get things done quicker," Simon noted.

No doubles match, no handshake: New 'return to tennis' guidelines