US ninth seed Williams, the 2017 Wimbledon and Australian Open runner-up, is the US Open`s oldest semi-finalist and the oldest in any Slam since Martina Navratilova at Wimbledon in 1994. 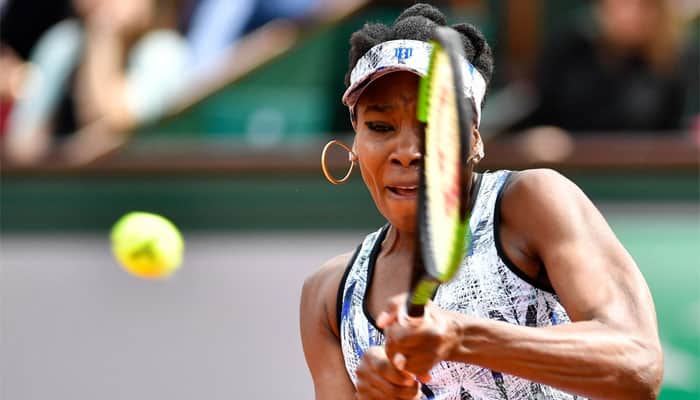 New York: Venus Williams, enjoying one of her finest seasons at age 37, charges after her eighth Grand Slam title and third US Open crown in Thursday`s women`s semi-finals.

US ninth seed Williams, the 2017 Wimbledon and Australian Open runner-up, is the US Open`s oldest semi-finalist and the oldest in any Slam since Martina Navratilova at Wimbledon in 1994.

"It`s such a wonderful feeling, because you put in so much work to be able to succeed at these moments," said Williams, on the verge of making three Slam finals in a year for the first time since 2002.

Williams faces compatriot Sloane Stephens in a showdown of African-American stars at Arthur Ashe Stadium, a sign the namesake barrier-breaker`s dream of tennis racial diversity is alive in the 20th anniversary season of the world`s largest tennis venue.

Ashe, the first black man to win a Grand Slam title when he captured the 1968 US Open, battled racism and bigotry with grace and patience until his death in 1993.

"He`s a total legend," Williams said. "He played during a time where he couldn`t just focus on the tennis. I`m very blessed to be able to focus on my game. But he had to fight because of the color of his skin.

"It was a completely different time. So I can`t even imagine the pressure he was under. To come out of it with grace, as a champion, it`s incredible."

Williams will return to the world top five for the first time since January 2011, her highest level since being diagnosed with the strength-sapping illness Sjogren`s Syndrome.

Williams reached her first Grand Slam final at the 1997 US Open -- the year Ashe stadium debuted.

"At that time during the Open, something just clicked for me, just understanding how to win these matches. So that was huge," Williams recalled. "It was a very beautiful moment for me. After that I never looked back, I just went bigger. It was awesome."

Stephens, who missed 11 months with a left foot injury before returning at Wimbledon, beat Williams in the first round of the 2015 French Open in their only prior match.

"Being on Fed Cup teams with her, there`s not anything bad you can say about Venus. I`m just honored to be able to play at the same time as her. I`m happy she`s still playing. She means a lot to the game."If Americans Madison Keys and CoCo Vanderweghe win Wednesday, they will join Williams and Stephens in the first all-American US Open semi-finals since 1981.

"It has been a great two weeks for American tennis, seeing all the American players in the draw and all of them advancing so deep and competing so well," Williams said.

"It`s great to see this resurgence and I hope it can continue."

Stephens, who has matched her deepest Slam run from the 2013 Australian Open, remains amazed at her run.

"If someone would have told me when I started at Wimbledon that I`d be in the semifinals, I would have said they`re crazy," Stevens said.

"Making semifinals of a Slam is a complete neutralizer. Anybody`s game. I just have to focus on myself. That`s all I can really do."

Williams adopted much the same notion, saying, "I have to focus on what`s happening on my side of the court, make evaluations out there when I`m out there in terms of strategy and see what`s working."