Venus Williams at No. 1? Might happen at WTA Finals

A supremely unpredictable women's tennis season will culminate in fitting style at the elite WTA Finals, where seven out of eight players can win the trophy and also be crowned year-end world number one. 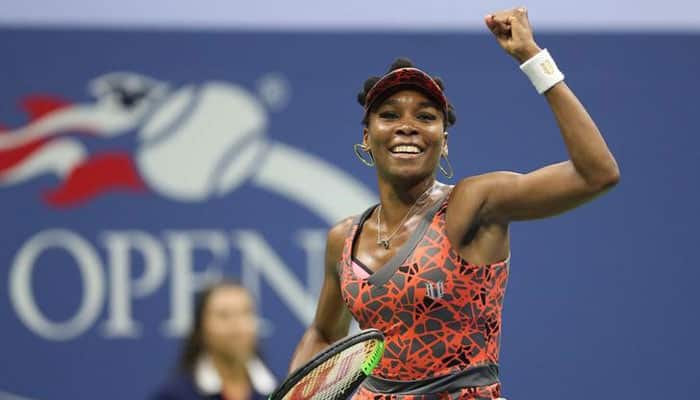 Singapore: A supremely unpredictable women's tennis season will culminate in fitting style at the elite WTA Finals, where seven out of eight players can win the trophy and also be crowned year-end world number one.

Simona Halep, who became 2017's fifth number one earlier this month, leads a field which also throws up the beguiling possibility of Venus Williams, 37, returning to the top of the rankings for the first time since 2002.

Women's tennis has been on a rollercoaster ride this year, with four different major-winners and no player able to dominate in the absence of Serena Williams, who took a break to give birth to her first child.

Halep said the result was that every match would be "like a final" in Singapore, where action gets underway at the Indoor Stadium on Sunday.

"We have the top eight players in the world, and everyone is playing crazy tennis. I just want to go there and to try to win every match I can," said Romania's Halep.

Wimbledon champion Muguruza was deposed as world number one by Halep but she said she would have to be at her very best if she wants to win the year-end trophy and rankings crown on October 29.

'Not nervous or obsessed'

"It is important, I'm not going to lie, but I know I have to play well," Muguruza told reporters, when asked about returning to the top of the rankings.

"I know there are so many girls, players, that have the chance. I'm happy that I got it in the past, and now I'm not that nervous or obsessed. I think it's different. (But) I'm going to fight for that."

Halep faces debutantes Svitolina and Garcia in the Red Group round robin, along with the veteran Wozniacki, while Muguruza is in White Group with Williams, Pliskova and French Open champion Ostapenko.

Garcia may be the lowest-ranked player, but she is on an 11-match winning streak after her back-to-back victories in Wuhan and Beijing.

Williams, the only player in the field to have lifted the Billie Jean King Trophy -- in Doha in 2008 -- said the WTA Tour's strength in depth had made for an outstanding season.

"Just the depth in the game. The competition is so much greater. It's a beautiful change, in fact," she said.

Williams, resurgent after her battle with Sjogren syndrome, an autoimmune disorder, has had a remarkable year, reaching two Grand Slam finals and qualifying for the WTA Finals for the first time since 2009.

The Czech Republic's Pliskova, another of this year's world number ones, said it was impossible to tell who will finish on top next weekend.

"It's very tough to get there, but on the other hand, we are all so close to everyone now on the ranking," she said.

"So this tournament is really going to decide who is going to finish the year world number one. I think everybody has a good chance," added Pliskova

No clear title favourite at WTA Finals in Singapore