Volatile times ahead as slams plan return to 16 seeds

It is a change that has divided players but Federer gave it his tentative support when the plans were first announced last November. 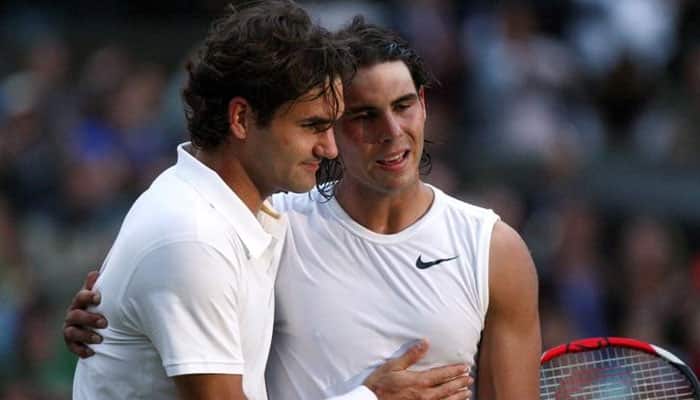 Roger Federer took on Tomas Berdych in the quarter-finals of the Australian Open on Wednesday, a blockbuster clash at the business end of a grand slam event.

But from 2019, under plans to reduce the number of seeds from 32 back to 16 at the four major tournaments, the match could happen in the first or second round instead.

In June 2001, Wimbledon instigated the change to 32, having been spooked the previous year when a number of players, angry at being bumped from the seedings in favor of grass-court specialists, boycotted the championships.

Since then, the top players have often cruised through the opening rounds, especially in the men’s draw, with the number of early shocks significantly lower than before the change.

It is a change that has divided players but Federer gave it his tentative support when the plans were first announced last November.

”Having 16 seeds, that might be interesting,“ Federer said during the ATP Finals in London. ”The draw could be more volatile, better matches in the first week.

“The top guys have made a habit of not cruising but getting through the first week quite comfortably for a long period of time. Playing against the numbers 17, 19 or 20 in the world is not something I really want to do, but it is what it is.”

Statistically, the change reduced the number of defeats for top-16 seeds in the first two rounds at grand slams, but only really in the men’s draw.

At the Australian Open, the average number of top-16 seeds losing in either round one or two averaged 7.2 in the five years before the change, falling to 3.63 between then and 2017.

In the women’s draw, in three of the four grand slams, the early exits even went up, marginally.

At a time when players are talking about receiving a greater share of tournament revenue through increased prize money, the change should allow more players a better chance to earn more by getting further in the grand slams.

Some players, though, are not so sure.

“I don’t see much the benefit, for the grand slams,” sixth seed Marin Cilic said at Melbourne Park. “The draw is huge, and I think that the draw, the seeding should be the same as now.”

Madison Keys, seeded 17th, joked that the women’s event did not need any more excitement, not least since 10 of the top-16 seeds went out before the third round this year, compared to only six in the men’s event.

“I think the 16 seeds, I don’t understand the point of it,” Keys said. “I guess we need more drama and more upsets. It will be interesting, to say the least.”

Some former players, on the other hand, are in favor.

”You should have to work to win a grand slam. You get some parts of the draw where some guys walk to the quarter-final without losing a set, so with 16 seeds you know you could play a guy ranked 17 in the first round.

“I think it’s a rule change that is good.”

Paul Annacone, once ranked number 12 and a former coach of Pete Sampras, Tim Henman and then Federer, sees it from both sides.

“My position as a fan is I’d like to see 16 seeds, but if I put my coach’s hat on, or players’ hat on, I get why they don’t want it,” Annacone told Reuters.

”One year I had to play (John) McEnroe first round of the U.S. Open and I was one of the next few seeded, I think, so ... I understand it, it adds for some excitement, but it also adds for some unnecessary heartbreak too.

“In many ways, it would make the beginning potentially more exciting and more dangerous, (so the change is) probably better for the game but not as good for the (top players).”