The latest tussle between Chief Minister V Narayanasamy and Puducherry LG Kiran Bedi is over BJP leaders being inducted as MLAs on July 04. 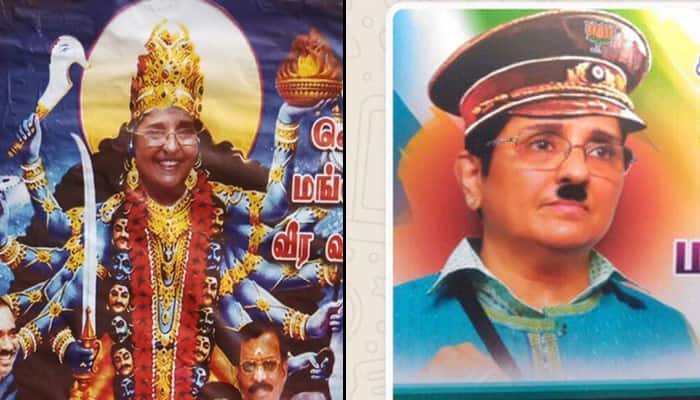 Puducherry: In the latest flashpoint between the Congress-led Puducherry government and Lieutenant Governor Kiran Bedi, the former Indian Police Service officer on Friday tweeted a series of posters mocking her.

Meanwhile, news agency ANI has quoted Kiran Bedi as saying: “You don’t have the right to spoil the image of an office. It is seriously objectionable."

"The office of LG is sacrosanct. As far as I am concerned, I will never approve such kind of posters that appeared," he said.

Making an indirect reference to Bedi, he said that had everybody followed the rule book, this kind of situation would not have occurred.

Narayanasamy, who shares bitter relations with LG Bedi, appealed people not to repeat the mistake of showing the LG in the bad light.

The Chief Minister`s clarification came after Kiran Bedi on Friday said no one has the right to lower the status of the constitutional authority.

The latest tussle between Narayanasamy and LG Bedi is over BJP leaders being inducted as MLAs on July 04.

Bedi justified her action by citing provisions of the Government of Union Territories Act, 1963.

The posters were a part of Congress' protest against the induction of MLAs.

In a wall painting, Bedi was depicted as one being chased away by people.

Here are the tweets posted by Bedi:

A chapter in the book?
Authors included...! pic.twitter.com/6pLnzpEUYf

This is series of posters.
Here another one which showed the Lt Gov being chased away.. pic.twitter.com/2YumRQBI6Z

Part of a series.. pic.twitter.com/zzsdvhuMcw

On June 16, the Puducherry Assembly had passed a resolution to curtail the powers of Lt Governor Kiran Bedi, who has been appointed by the National Democratic Alliance government led by Prime Minister Narendra Modi at the Centre.