According to sources, the main reason for the cancellation of the rallies was budgetary constraints on the last day of campaigning for the sixth phase of Lok Sabha elections. 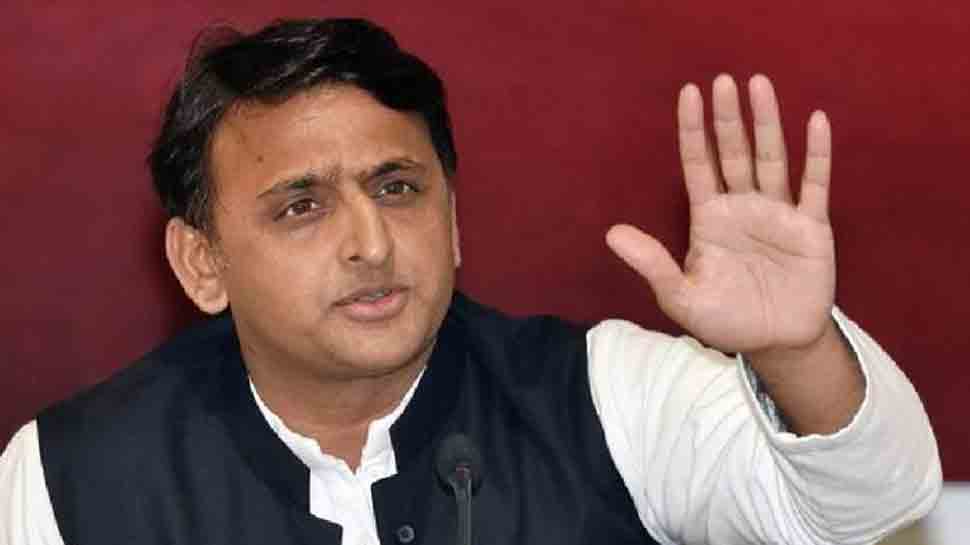 Lucknow: A controversy has erupted over the cancellation of four rallies of the Samajwadi Party in Azamgarh in Uttar Pradesh.

The rallies were to be addressed by SP President Akhilesh Yadav who is a candidate from Azamgarh.

The Samajwadi Party on Thursday night claimed that the district administration had withdrawn permission for the rallies to be held on Friday.

However, Shivakant Dwiwedi, the District Magistrate of Azamgarh, claimed that he had received a request for cancellation of public meetings of the former Chief Minister from SP district party chief Havaldar Yadav.

The District Magistrate said: "We have received a letter from Samajwadi Party stating that all the public rallies by Akhilesh Yadav stand cancelled for May 10, hence kindly cancel the permission for helipad and helicopter with immediate effect."

According to sources, the main reason for the cancellation of the rallies was budgetary constraints on the last day of campaigning for the sixth phase of Lok Sabha elections.

The Observer of the Election Commission had issued a notice to all the parties regarding the spending limit of the candidates, after which the Samajwadi Party got its rallies cancelled, the District Magistrate said.

According to the EC guidelines, a candidate can spend up to Rs 70 lakh during his election. This includes expenses incurred from election office expenses, publicity and public meetings.

The poll panel has set rates for this, based on which the district administration keeps account of the expenditure.

It is believed that Akhilesh Yadav has reached the election expenditure limit of Rs 70 lakh. In such a situation, if he crosses the limit of 70 lakh after the public meetings, then the Commission can take action against him.

The Azamgarh parliamentary seat goes for polling on May 12 and the BJP candidate on this seat is Bhojpuri star Dinesh Lal Yadav Nirahua.