Fire breaks out in tent at Kumbh Mela in Prayagraj; all safe

The fire broke out in a tent located at Sector 13 of Kumbh Mela in Prayagraj. 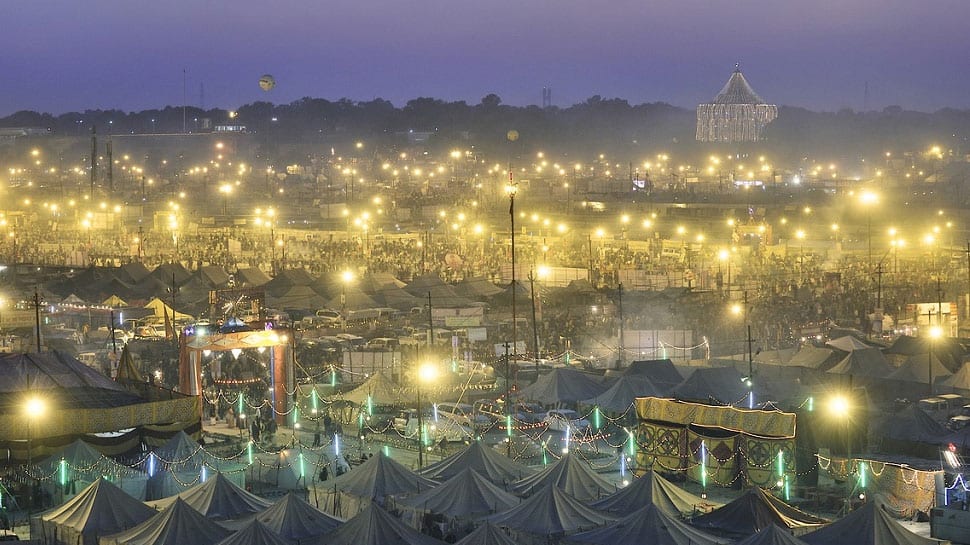 PRAYAGRAJ: A second incident of fire was reported in a week from the ongoing Kumbh Mela in Prayagraj on Saturday evening. However, there was no loss of life due to the incident.

According to news agency ANI, the fire broke out in a tent at the ongoing Kumbh Mela in Prayagraj.

Prayagraj: Fire broke out in a tent at Sector 13 in #KumbhMela and was subsequently doused. No injuries reported pic.twitter.com/hPIa48kh3Y

The tent, where the incident happened, is located at Sector 13.

It is not clear yet as to what caused the fire.

Earlier this week, a pandal set up for Kumbh Mela near Digambar Akhada in Prayagraj caught fire triggering panic just a day before the fair officially opened.

The fire was later brought under control.

After the fire was doused, the officials said that it was caused after a cylinder exploded at the kitchen in the camp linked to Digambar Akhada.

As part of the measures to fight the disaster related to fire hazard, the management had said that utility of modern and innovative firefighting tools have been used.

It has also claimed that a standard operating procedure has been designed for better efficiency of mitigation strategies.

Disaster management facilities with a dedicated team of doctors and paramedical staffs in case of burn injuries, drowning, stampede etc. with specialised kits have also been set up.

There is heavy security cover in Prayagraj for the 55-day long Kumbh Mela that will end on March 4.