According to reports, security has been tightened across the temple town of Ayodhya with the state administration deploying a large number of policemen to maintain law and order situation. 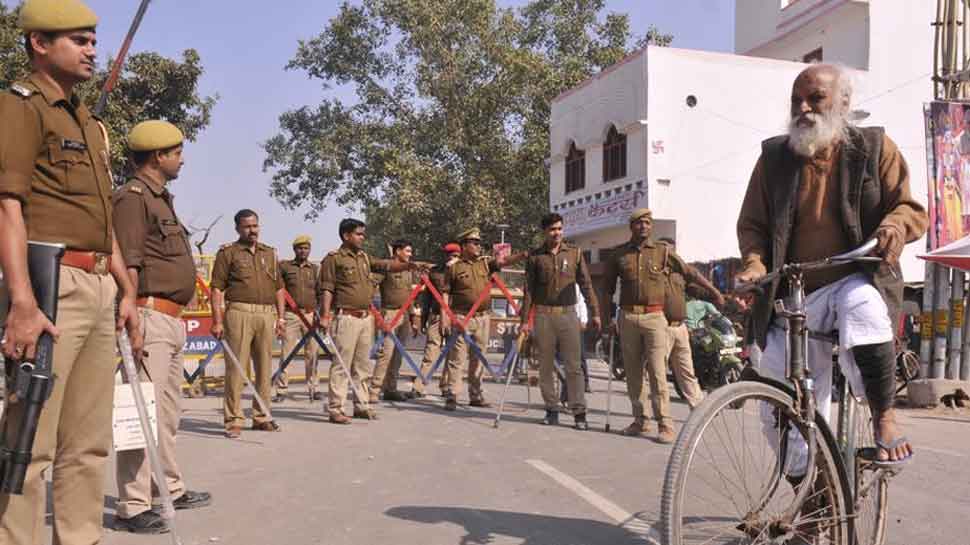 Lucknow: A high alert has been sounded across the state of Uttar Pradesh on the 27th anniversary of the Babri Masjid demolition on Friday, December 6. According to reports, security has been tightened across the temple town of Ayodhya with the state administration deploying a large number of policemen to maintain law and order situation.

Police have been asked to be vigilant at places with a mixed population and monitor social media. The state government has warned that strict action will be taken against those who provoke religious sentiments through Twitter or Facebook posts.

Ayodhya SSP Ashish Tiwari told reporters that the entire district had been divided into four zones, 10 sectors and 14 sub-sectors.

"As many as 78 sandbag posts have been established with armed policemen posted there. Barriers have been put in place to control traffic. As many as 269 police pickets have been in sensitive areas," Tiwari said.

The SSP added that 305 troublemakers had been identified and action was being initiated against them. Apart from this, nine quick response teams have been deployed.

"To combat any emergency situation, five arresting parties have been formed in addition to 10 temporary jails," he said, adding that anti-sabotage teams were checking hotels, dharamshalas and other public places.

He said people had been appealed to immediately inform police about any suspicious activity or people. The public had also been asked not to fall prey to any rumour-mongering and maintain harmony, he said.

Meanwhile, a high alert has also been sounded in the Bareilly district following a shutdown call by a Muslim outfit asking local shopkeepers from the community to close their shops on the 27th anniversary of the Babri Mosque demolition and observe December 6 as a ''Black Day.''

The shutdown call has been given by the All India Tanzim Ulama-e-Islam (AITUI) which has also planned a protest along with several other Muslim outfits. They also plan to send a memorandum to President Ram Nath Kovind.

The police chiefs of all the nine districts in the division have been asked to maintain strict vigil and security like it was done on the day of the Ayodhya verdict on November 9, the Additional Director General of Police of Bareilly Zone, Avinash Chandra, said.

Since the demolition of the Babri Masjid in Ayodhya, the Hindus celebrate December 6 as 'Shaurya Diwas' whereas the Muslim community observes this as 'Babri Shahadat Diwas'.

However, after the Supreme Court`s verdict on Ayodhya on November 9, both the communities gave a message of peace to the country as well as the world as they maintained harmony and peace and no untoward incident was reported.

Despite this, the administration is taking all precautions so as to stop the miscreants from instigating the religious feeling and hence provoking riots.