Tiwari was killed in Lucknow on Friday by two men who came to his Lucknow residence on the pretext of giving him Diwali sweets. 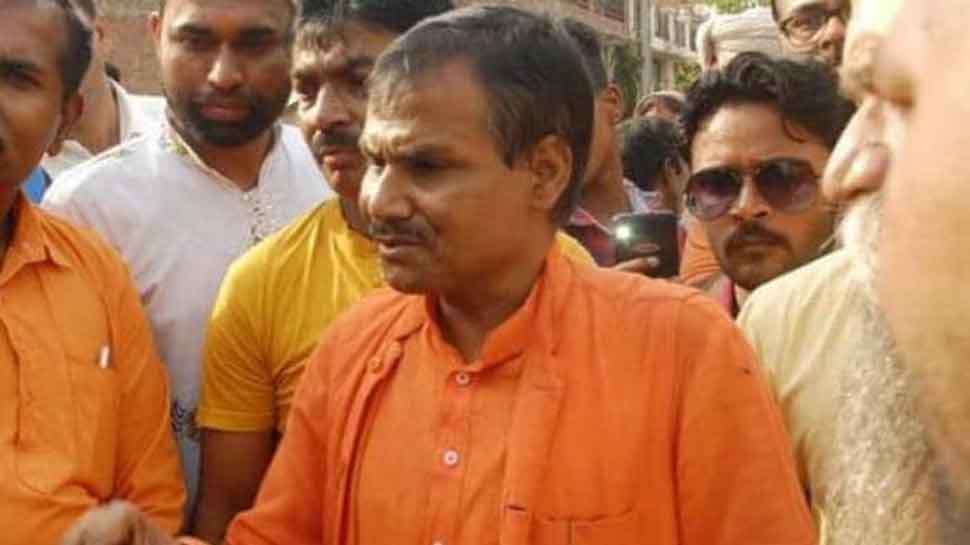 New Delhi: Five persons including a maulana have been detained in connection with the murder of Kamlesh Tiwari, the leader of a political party in Uttar Pradesh, who was killed at his residence in Lucknow on Friday.

Director-General Police (UP) OP Singh on Saturday addressed a press conference and said three persons were detained by Gujarat ATS in Surat while the other two were detained by the Uttar Pradesh police in Bijnor. "It was a joint operation by Uttar Pradesh and Gujarat Police. We were confident that we would crack the case within 24 hours and we managed to do so. The UP police acted very swiftly. In UP's Bijnor, two Muslim clerics were named in an FIR filed by Kamlesh Tiwari's wife. Two other accused, who are believed to have carried out the attack, are still on the run," he said.

Take a look at the CCTV footage of three accused in Kamlesh Tiwari's murder case:

#WATCH Surat: CCTV footage of the three accused in #KamleshTiwari murder case being picked up by the Gujarat Anti-Terrorism Squad (ATS). pic.twitter.com/mEyxFNk2zQ

The DGP said that the investigation ruled out suspect's links with any global terror organisation and that the main objective behind the murder was a defamatory speech the deceased gave on Prophet Mohammad a few years back in 2015. The police said that in 2016, one of the arrested Muslim clerics in Bijnor announced a bounty of Rs 51 lakh on Kamlesh Tiwari's head for his controversial remarks. "Prima Facie this was a radical killing, these people were radicalized by the speech that he (Kamlesh Tiwari) gave in 2015, but much more can come out when we catch hold of the remaining criminals," he said.

Earlier, Tiwari's family had alleged that despite repeated pleas made to the government, no security was provided to the deceased. However, Singh rejected the claims made by Tiwari's kin and said that the deceased was provided a gunner and a policeman and both were present when the incident took place. He added that there was no laxity on the part of the police administration.