It may be noted that six policemen were booked for murder and they have also been suspended for their alleged role in the businessman’s death. The purported video appears to show the district magistrate telling the family that a court case will take years. 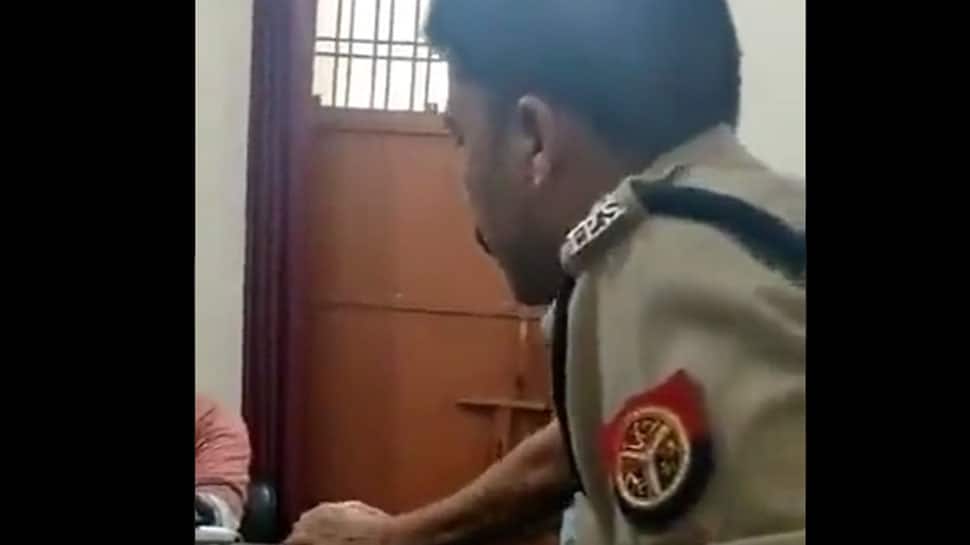 In the video, which has now gone viral, senior UP police officials can be seen allegedly trying to dissuade the family of businessman Manish Gupta from legally pursuing the case.

It may be noted that six policemen were booked for murder and they have also been suspended for their alleged role in the Kanpur-based businessman’s death. The purported video appears to show the district magistrate telling the family that a court case will take years.

"I am requesting you like an elder brother. After a court case, you will not believe, it takes years in court," District Magistrate Vijay Karan Anand can be seen telling the victim’s family.

In the video, police chief Vipin Tada can also be seen saying "They did not have any previous enmity. They went in uniform and that is why I am listening to you since morning. You asked for them to be suspended and I did that. They will not be reinstated till they get a clean chit."

The family of the Kanpur-based businessman who died under suspicious circumstances at a Gorakhpur hotel has alleged that he was beaten to death by police during a raid.

Manish Gupta`s wife, Meenakshi, has accused the police and hotel staff of an alleged cover-up. "My husband was murdered in that hotel, he was killed by a policeman. There was no blood on the scene even though my husband was beaten bloody. Two of his friends said that there was blood everywhere, but the hotel staff cleaned it up," she told reporters.

A blood-soaked towel was later found by family members under the bed in the hotel room which proves that Manish had bled severely. Meenakshi Gupta further said that the family has three demands to the authorities - that the case be transferred to Kanpur, the family be given Rs 50 lakh in compensation and a job by the state government.

Manish Gupta, a 38-year-old property dealer from Kanpur, died in a hotel in Gorakhpur in the early hours of Tuesday. Police said they entered his hotel room as they were on the lookout for "suspicious persons".

They claim Manish Gupta died of a head injury sustained from falling to the ground in a state of drunkenness. However, the victim`s family members claim he died after the policemen, who entered his room, attacked him.

After criticism from top opposition leaders, a case under Section 302 (murder) of the IPC was registered against the six policemen and a hunt has been launched to nab them. The policemen booked for murder include J N Singh, sub-inspector Vijay Yadav and Phalmandi Police post-in-charge Akshay Mishra. The authorities had also suspended the policemen, including the Ramgarhtal SHO on Tuesday, and handed over the probe to the SP city.

Nirbhaya-Ek Pahal programme launched in UP, over 75,000 women can now get loans at cheaper interest rates