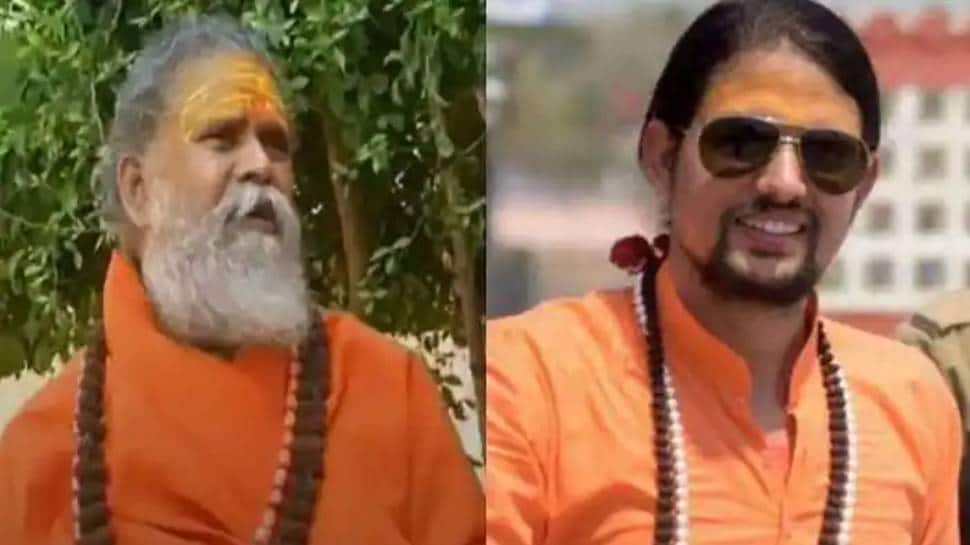 New Delhi: In the suicide case of Akhil Bhartiya Akhara Parishad President Mahant Narendra Giri, two accused Anand Giri and Adya Tiwari have been sent to 14 days' judicial remand on Wednesday. The two were produced in Chief Judicial Magistrate's court where they were sent to judicial custody.

The third accused Sandeep Tiwari will be produced in court tomorrow.

Meanwhile, according to the post-mortem, the time of death is from 3 to 4 pm on September 20. There are no marks of any kind on the body. The police had found sulphas tablets from the room, Mahant had asked his disciple to bring for him also, the rope used for hanging was brought in by the disciple.

The police is in possesion of a video of Mahant Narendra Giri wherein he named the three arrested accused. The video repeats what was said in the suicide note.

Police sent the suicide note for forensic investigation alongwith many other documents written by him which was recovered from the spot. A handwriting expert has been examaning them to confirm if the letter was written by Mahant Giri himself.

The seer, who was the president of the largest organisation of sadhus in India, was found hanging by his disciples at Baghambari Muth in Allahabad on Monday. In a purported suicide note the seer had written that he was mentally disturbed and upset with one of his disciples, police said.