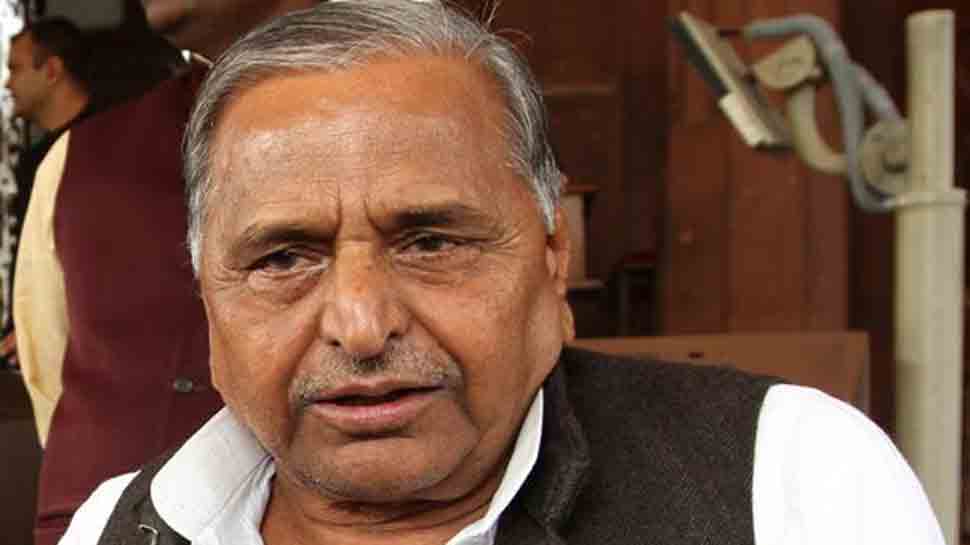 New Delhi: Samajwadi Party patriarch Mulayam Singh Yadav, who is facing a Central Bureau of Investigation (CBI) probe in disproportionate assets, said on Wednesday that he has already received a clean-chit from the investigation agency in the preliminary investigation.

However, the report which Mulayam is referring to has been termed fallacious by the CBI, who had in 2009 filed a disproportionate assets case against the Samajwadi Party patriarch and his son Akhilesh Yadav. The case has so far witnessed many twists and turns.

Mulayam, who recently filed his nomination papers from Mainpuri Lok Sabha constituency, mentioned in his affidavit that his assets have reduced by Rs 3.20 crore in the last five year and that he owes Rs 2.13 crore to his son Akhilesh Yadav.

According to the affidavit, a case was registered against Mulayam Singh Yadav at the Hazratganj police station in Lucknow on September 24, 2015, for allegedly threatening IPS officer Amitabh Thakur over the phone. The case is pending in the court of the chief judicial magistrate.

The Supreme Court ordered a CBI inquiry in March 2007 into the alleged accumulation of disproportionate assets by the Yadav family, on public interest litigation (PIL) by an advocate, Vishwanath Chaturvedi, reportedly a Congress leader.

The petitioner had filed a PIL in the apex court in 2005 asking the CBI to file a case of disproportionate assets against Mulayam, his sons Akhilesh and Pratik Yadav and his daughter-in-law Dimple under the Prevention of Corruption Act for allegedly acquiring wealth more than the source of income by misusing the power of authority.

However, the apex court later dropped the CBI probe against Dimple saying that she was not holding any public office and she was only a private person holding no position.

UP Board Class 12, Class 10 Results 2019 to be announced on this date at upresults.nic.in, upmsp.edu.in