Congress questioned that if Nehru's statue had to be removed for the beautification work, why has the statue of Pt Deen Dayal Upadhyay, which is on the same road, not been touched. 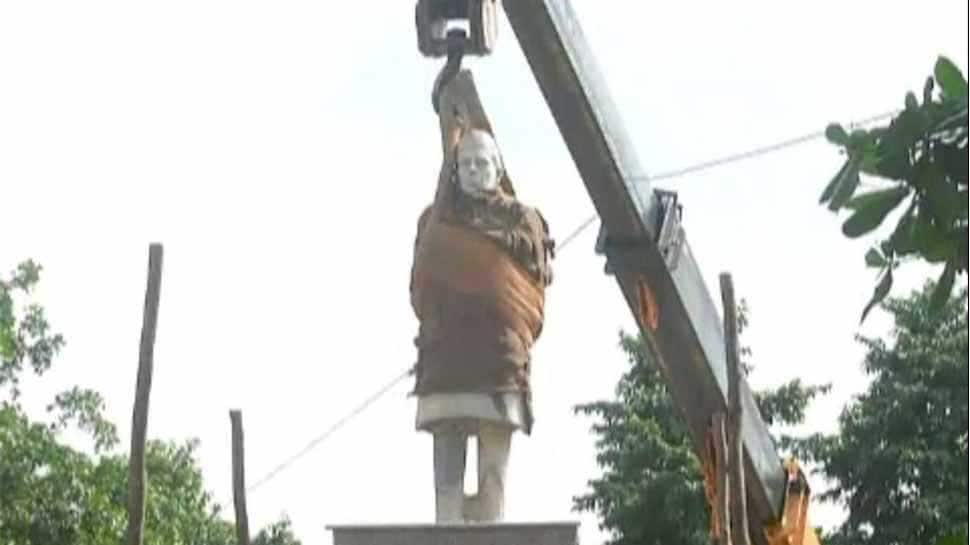 ALLAHABAD: The statue of India's first prime minister Jawaharlal Nehru was on Thursday removed from Balsan Chauraha in Allahabad. Authorities said that the statue has been removed in view of the beautification work that is being held in the city for the upcoming Kumbh mela that is due to be held in January 2019.

The Congress, however, is enraged at the move and is calling it an insult to the former prime minister.

Along with the Samajwadi Party, the Congress workers on Thursday staged a protest alleging that the statue has been removed intentionally. They stopped the crane and raised slogans against Chief Minister Yogi Adityanath.

They also questioned that if Nehru's statue had to be removed for the beautification work, why has the statue of Pt Deen Dayal Upadhyay, which is on the same road, not been touched. The Congress has alleged that by removing the statue, placed near Anand Bhawan, the government is conspiring to do away with Nehru's ideologies which will not be tolerated. Angry protestors said that they will take the matter to the higher authorities.

The officials meanwhile are not willing to give details about the move. They have maintained that the roads have to be broadened in view of the Kumbh Mela and Nehru's statue was in the middle of the road and hence had to be removed. They also shied away from answering why Pt Deen Dayal Upadhyay's statue was not removed. Nehru's statue has been placed at a nearby park for the time being.

Uttar Pradesh: Man forced to take son in e-rickshaw in Banda due to unavailability of ambulance