Amid demands for a judicial probe into the encounter of Kanpur-based gangster Vikas Dubey, the Uttar Pradesh government on Saturday constituted a Special Investigation Team (SIT) to probe various aspects of the slain history-sheeter, cases registered against him and his alleged links. 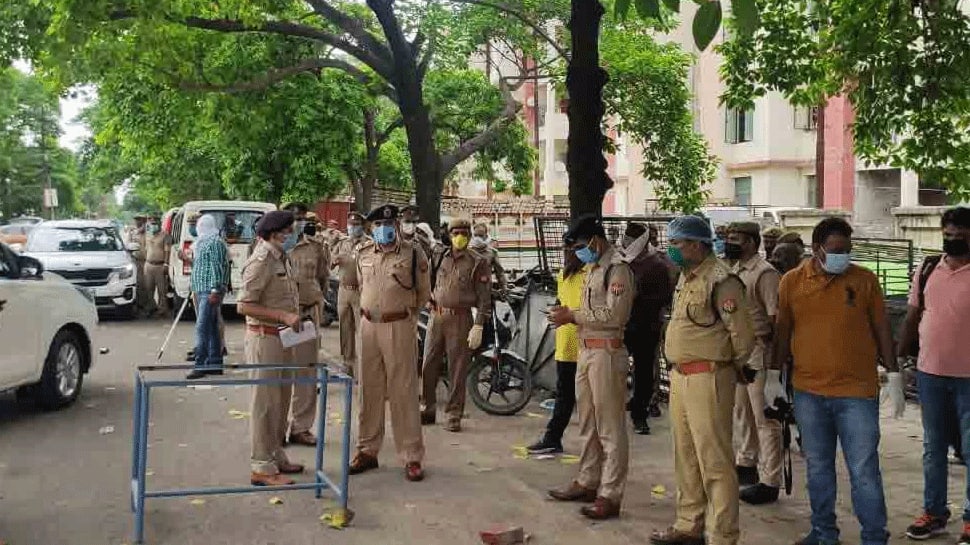 LUCKNOW:  The Uttar Pradesh government on Saturday constituted a Special Investigation Team (SIT) to probe various aspects of the slain history-sheeter Vikas Dubey, cases registered against him and his alleged links.

According to reports, the SIT has been constituted under the chairmanship of UP Additional Chief Secretary Sanjay Bhoosreddy to investigate the Kanpur incident, in which eight policemen were killed in an ambush on the night of July 3. ADG Hariram Sharma and DIG J Ravindra Gaur have been named as the other members of the SIT. The newly constituted SIT will submit its report by July 31, 2020.

"On the day of the incident, was there any laxity in collecting information regarding the accused's firepower. What was the level of the laxity, the police station had enough information? The SIT will probe this fact and will point whose fault it is," the UP government order said.

The SIT has been mandated to investigate what action was taken in all the police cases against Vikas Dubey, the factors behind the Kanpur incident. The SIT will also try to find out why Vikas Dubey’s bail was not revoked and the suspected role of police in his case.

It will also find out how many complaints were registered against Vikas Dubey at Chaubepur Police Station and what action was taken by the police station and senior officials. However, the SIT will not investigate the encounter of Vikash Dubey by the STF in Kanpur.

The SIT will also probe what action was taken against Vikas Dubey under Gunda Act, NSA, Gagsster Act and whether there was any sort of negligence on part of the police.

"What action was taken to cancel the bail of such a prolific criminal? What action had been taken against him under the Gunda Act, NSA and Gangster Act, and if there was laxity, what was it level?" the government said.

The Call Detail Records of past one-year of Vikas Dubey and his associates will also be examined by the SIT, which will also recommend disciplinary action against the guilty police officials.

The SIT will also look into the details of the weapons possessed by Vikas Dubey and who supplied them. The notorious criminal and his close associates had arms licenses registered in their names. The SIT will probe under what circumstances, these licenses were issued to them.

SIT will probe into the huge illegal property, trade and economic activities of the slain don and his alleged nexus with policemen and those who gave patronage to him.

The Special Task Force (STF) of the Uttar Pradesh Police on Friday explained the sequence of events and the circumstances under which notorious gangster Vikas Dubey was killed shortly after he arrived in Kanpur in a police vehicle from Ujjain on a transit remand.

The UP STF had claimed on Friday that Vikas Dubey was killed in self-defence. The STG further said that a herd of cows and buffaloes suddenly appeared before the police vehicle that was transporting gangster Vikas Dubey to Kanpur and this caused an accident, following which the vehicle overturned and several policemen were injured.

It said that taking advantage of the situation, Dubey tried to escape from the spot and snatched a police personnel’s pistol and fired at the police party. However, he was shot dead in self-defence.

Inspector Ramakant Pachauri, Sub Inspectors Pankaj Singh, and Anup Singh, constables Satyavir and Pradeep Kumar received serious injuries in this accident. The STF further said that they immediately took Vikas Dubey to the hospital for "first aid" but the doctors declared him dead after an examination.

Inspector Shivendra Singh and constable Vimal Yadav were injured in the firing by Dubey and they were also rushed to the hospital. The STF officials refused to respond to questions like if Dubey was shot dead in wet mud, why were there no marks of mud on his clothes.

Dubey, the main accused in the Kanpur encounter case, was arrested by the police in Ujjain on Thursday morning. He was on the run for the last several days and had come to Ujjain to offer prayers at Temple, where he was identified by a security guard at the shrine.

The gangster was the main accused in the encounter that took place in Bikru village in Chaubeypur area of Kanpur last week, in which a group of assailants allegedly opened fire on a police team, which had gone to arrest Dubey.