UP Minister Om Prakash Rajbhar mocks SP-BSP alliance in UP, calls it a 'used cartridge'

OP Rajbhar is a state cabinet rank minister in the Yogi Adityanath government in UP. 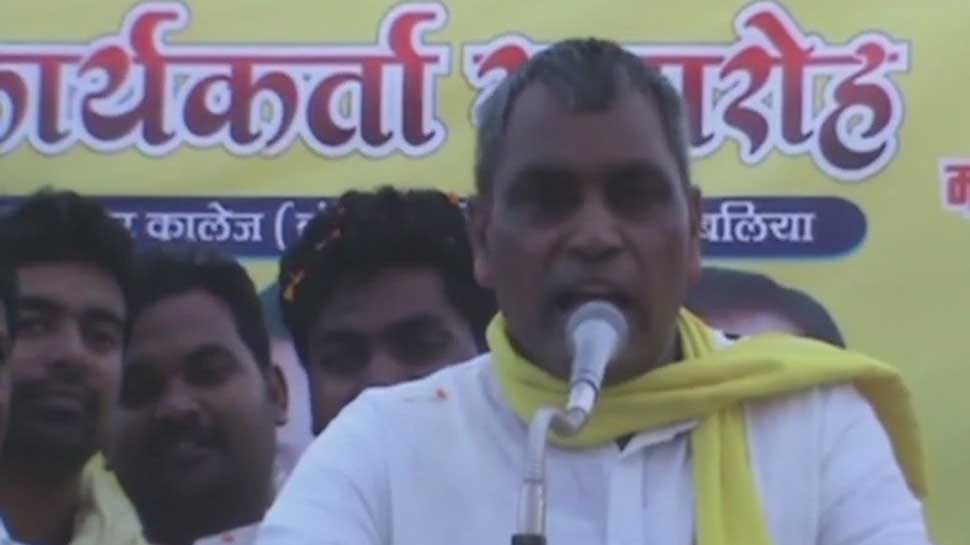 The minister said that the SP-BSP alliance, which was announced just ahead of the crucial Lok Sabha polls, will not be able to dent BJP's poll prospects in Uttar Pradesh.

However, he said that the coming together of the two parties has indeed made the task difficult for the saffron party.

Taking a dig at the pre-poll tie-up between the two parties, Rajbhar said, ''The SP-BSP alliance in UP is like a used cartridge. It won't impact the prospects of the ruling BJP here.''

The minister said that the political alliances are being forged across the country today, so the SP-BSP tie-up was also no big deal.

''Everyone knows about the fate of the two parties in 2017,'' Rajbhar said.

When asked if it was right on his part to keep commenting on the BJP since his party shares power with the former in UP, the minister said he was just speaking the truth and was not afraid to be called a rebel.

Referring to the recently passed upper caste quota bill, Rajbhar suggested the BJP to provide reservation in three categories of the backward castes.

Rajbhar said that doing so will help BJP as there are nearly 5-7 lakh voters from the backward castes in each Lok Sabha constituencies which might vote favour the saffron party-led aliance in the polls.

Interestingly, Rajbhar had sometimes back warned that the ruling BJP will be wiped out in the state in Lok Sabha elections if the BSP and Samajwadi Party join hands.

Rajbhar is a state cabinet rank minister in the Yogi Adityanath government in UP.

"It is very clear that if these two one-time rivals come together, the BJP will certainly be decimated in the state" where it won 71 of the 80 Lok Sabha seats in 2014, Rajbhar had said.

He had also announced that his party would stage state-wide protests on the issue of 27 percent reservations.

Rajbhar has made several controversial statements in past questioning the BJP's government's functioning in UP and attacked the central leadership of the saffron party for not valuing the smaller NDA allies.