Will contest on all 80 seats in UP if BJP fails to keep promise on backward quota: OP Rajbhar

OP Rajbhar is the head of Suheldev Bahujan Samaj Party and a Minister in UP govt. 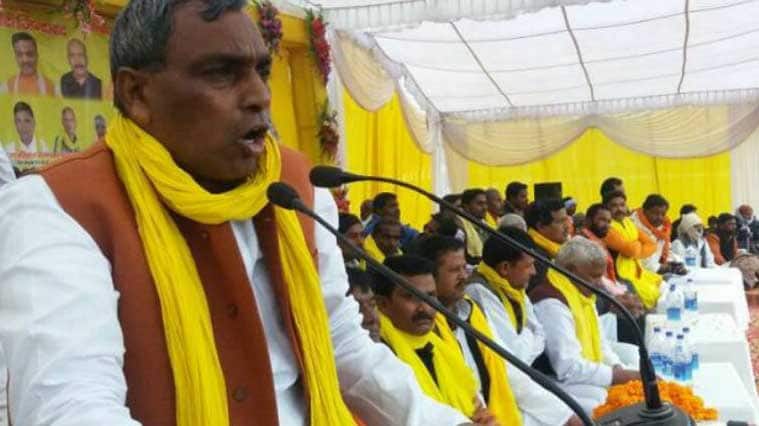 VARANASI: Suheldev Bahujan Samaj Party (SBSP) chief and Minister OP Rajbhar on Friday warned that his party will contest on all the 80 seats in Uttar Pradesh in the upcoming Lok Sabha elections if the ruling BJP fails to keep its promise on the issue of reservation for backward classes.

Rajbhar, whose party shares power with BJP in UP, has been pressing for divisions under the 27 percent reservation for backward classes.

The SPSP chief also announced that his party will release the list of its candidates on February 25.

"BJP had promised to implement divisions under 27 percent reservation for backward classes. 80 days are left till the elections, when will you do it? If you don`t keep your promise we will contest on all 80 seats, we will release candidates list on February 25," OP Rajbhar told ANI.

OP Rajbhar, a minister in the Uttar Pradesh government, has always been critical of the BJP government.

The SBSP chief had earlier warned that his party would part ways with the NDA if BJP was not interested in continuing with the alliance.

This comes at a time when political rivals Samajwadi Party (SP) and Bahujan Samaj Party (BSP) joined hands to take on Prime Minister Narendra Modi-led front in the 2019 general elections.

The minister said that if the BJP does not respond within 100 days on whether it wants to fight the upcoming polls with the SBSP, his party would contest all the 80 seats on its own.

"We are with the BJP if the BJP wants to keep us then we will stay with them, if they don`t want us, then we have given them 100 days, 12 days have already passed. We will fight all 80 seats after 100 days," he said.

In the recent past, the SP and BSP announced the seat-sharing agreement ahead of the 2019 Lok Sabha elections.

The SP and the BSP will contest on 38 seats each while the other two seats will be left for other parties.

Both the parties have also decided not to field any candidates from the Gandhi family stronghold - Amethi and Rae Bareli.